US Rugby Foundation Seeks Nominees for 2022 Hall of Fame Class

US Rugby Foundation, Hall of Fame

US Rugby Foundation Seeks Nominees for 2022 Hall of Fame Class 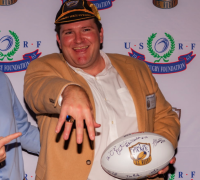 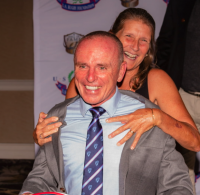 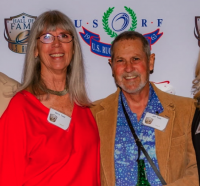 The US Rugby Foundation is accepting nominations for the U.S. Rugby Hall of Fame Class of 2022. The nomination criteria are set forth below.

The U.S. Rugby Hall of Fame was founded in 2011 with a mission of to celebrate the History, Honor the Heroes, Inspire the Youth and preserve the Legacy of Rugby in the United States by giving recognition and honor to those who have contributed to U.S. Rugby at the highest level of skill, talent, and dedication.

The US Rugby Foundation has created a new and more comprehensive U.S. Rugby Hall of Fame Nomination Form. A worksheet and sample nomination forms are also provided to assist the nominator.

The new U.S. Rugby Hall of Fame Nomination Form and assistance tools can be found here>>

The following criteria will be considered by the US Rugby Foundation for induction into the U.S. Rugby Hall of Fame:

2. While each nominee's rugby achievements are the most important consideration, their conduct and record during and after the conclusion of their athletic endeavors will also be weighed.

3. Teams and groups are eligible for nomination and will be considered based upon the difficulty and uniqueness of their achievement.

PLAYER: An individual may be nominated as a player based upon an overall record and career that deserves the highest recognition and honor. They must have shown outstanding and unique playing ability, sportsmanship, commitment, character, personal integrity, and personal contribution to their team, their country, and the game of Rugby, as played in their time and beyond. To be considered as a player, an individual's highest level of play (e.g. international and/or professional playing career) must have ended at least three full calendar (3) years prior to their nomination.

COACH: An individual may be nominated as a coach if they have coached in the United States at the club or representative level for a minimum of ten (10) years. Their passion for the game and for their players has inspired the success of their teams at all levels and deserves the highest recognition and honor. The coach must have an outstanding knowledge of the rules and tactics of the game and the importance of sportsmanship at all times. They must have also shown an ability to convey those laws and tactics to their players who have translated and incorporated those coaching lessons to create highly successful teams.

EXECUTIVE/ADMINISTRATOR: An individual may be nominated in this category if they advanced and grew the sport of Rugby in the United States, motivated people, developed the infrastructure, and gained the respect of their peers, club, union, and territory, and deserves the highest recognition and honor. An administrator can be considered for inclusion in the Hall of Fame if they have served at the club, territory, or national level for a minimum of ten (10) years.

REFEREE: An individual may be nominated in this category whose refereeing career has maintained a continual level of excellence, encompassing factors including international and representative assignments, the knowledge and interpretation of the laws, ability to control the game, and commitment to good sportsmanship. A referee can be considered for inclusion in the Hall of Fame after having refereed a minimum of ten (10) years at any level of Rugby.

MEDIA: An individual may be nominated in this category if they have a minimum of ten (10) years’ experience reporting U.S. Rugby (print or electronic). Their commitment to Rugby should have helped share and promote the game of Rugby to the U.S. Rugby community and beyond in a manner deserving of the highest recognition and honor. The candidate should be acknowledged by their peers as having superior qualifications in their field and in their knowledge of Rugby in the United States.

MEDICAL: An individual may be nominated in this category whose medical career has demonstrated a unique commitment to the sport of Rugby, Rugby teams, and Rugby participants and has maintained a continual level of excellence for a minimum of ten (10) years that deserves the highest recognition and honor. Rugby-related medical activities include team or event medical coverage, committee work, and academic publications and presentations on rugby safety, injury prevention, or injury management.

Nominations should state clearly what the nominee has achieved both on and off the field and the compelling reasons why the nominee should be selected for induction into the U.S. Rugby Hall of Fame.

The U.S. Rugby Hall of Fame Selection Committee will review the nominations and select the Class of 2022.

US Rugby Foundation, Hall of Fame