What's on the line this week in Men's DI college rugby? Plenty.

Check back for score.

It'll be interesting to see how Davenport matches up with Notre Dame and how that affects each team in its own ranking. Navy chases 2nd in the Rugby East, while Indiana hopes to secure an unbeaten run in the Big 10. Michigan State should confirm a place in the 3rd-4th game in BTU.

Air Force at Army, among other things, is the final game of the Commander-in-Chief Trophy. A win or tie for Army clinches that trophy for the Black Knights. And, if Lindenwood isn't impressive and Army is, you might see Army go past Lindenwood in the DIA rankings.

The top four in the SCRC will wrap up, and the MAC will also finalize who plays whom in their playoffs.

Heart of America caps it all off at the Westwick Rugby Complex in Lawrence, Kans. with semis on Saturday and finals on Sunday, including a 5th-8th semi and final sequence, and a 9th-10th playoff, so everyone is in action.

The Liberty takes center stage with their championship game between Iona and Northeaster, but they have augmented all of that with what promises to be a thriller of a 3rd-4th clash and six A-side bowl games (and several B-side matchups too). 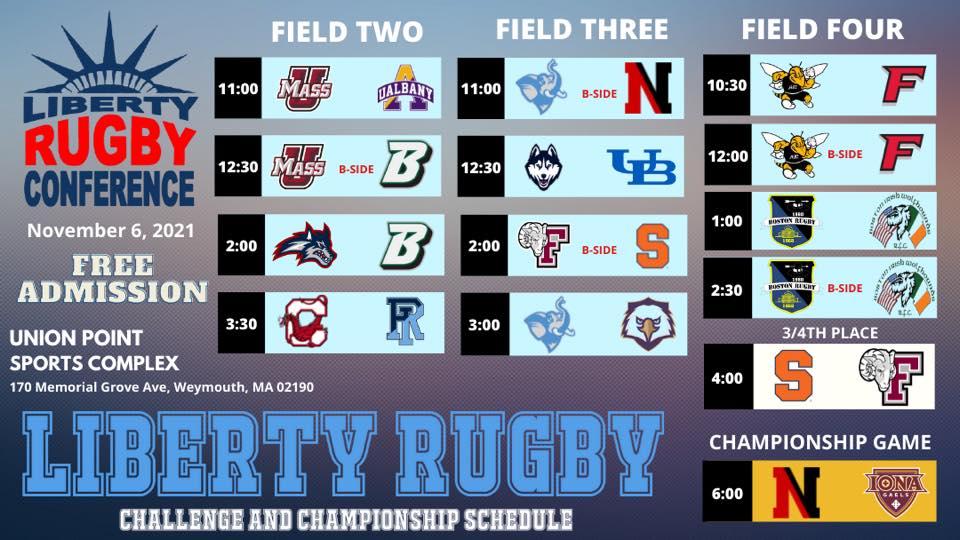 In the MARC it all comes down to St. Joe's at Salisbury, where one of those teams could rise to the top in a crowded field.

The Ivy League is down to Brown at Dartmouth, with Dartmouth favored but Brown playing some impressive rugby this fall.