DIA Rankings: The Official Poll and How We Voted

DIA Rankings: The Official Poll and How We Voted

The official DIA rankings are out for this week and big results for Ohio State and Army see some changes in the Top 10.

Now, it's a tough job to vote on teams in the fall, when some teams are playing and some are not. The question rises as to whether any of the fall teams are strong enough to beat Cal, Saint Mary's, Lindenwood, and Life. Usually we don't see much to tell us much about this, but occasionally we get a result to gives us an indication.

Lindenwood was probably the strongest team in college rugby last year. But they graduated a lot of players and the consensus was that after the COVID shutdowns, Cal would likely come out of it the strongest. That's why most voted Cal #1. But if you are going to have a team from the fall at #1, would it not be reasonable to think about Army? It certainly is, and it's likely we are not the only voters to put Army at the top of the heap. They beat Navy. They beat Penn State. They beat St. Bonaventure. They beat Air Force. They lost to Dartmouth, yes, but there are some factors that might give us cause to put that result aside. They beat Queens U. Charlotte. And last week, they beat Lindenwood.

For us at GRR, that's enough to put Army at #1 for the moment. Certainly Cal, Saint Mary's, et al could produce results that could move them up past the Black Knights, but for now, Army is at #1 for us. The DIA poll may well be right, but we're giving you a look into our decision-making process.

And then after Life plays Saint Mary's, might we put the winner of that game at #1? We might.

Official DIA Rankings Poll for the Week of Nov 15 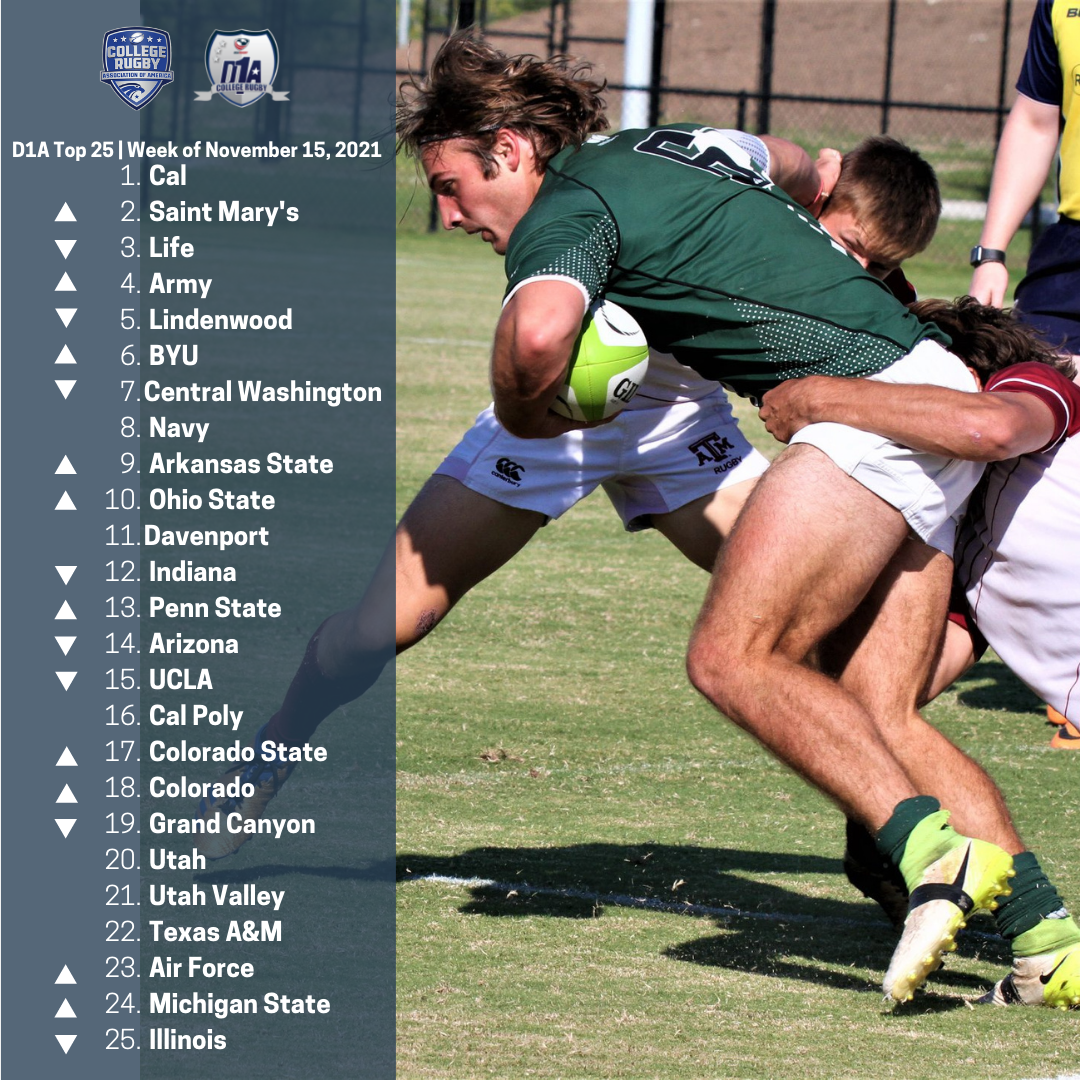