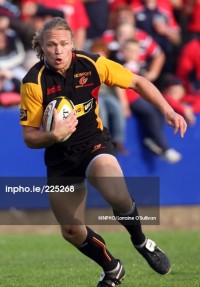 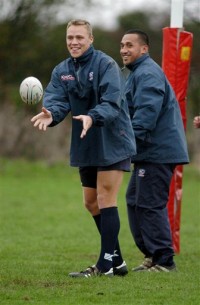 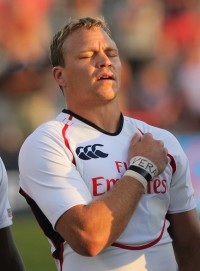 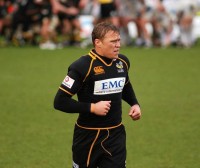 Paul Emerick is one of the greatest American outside backs.

Generally playing at outside center, the former University of Northern Iowa All American and later Chicago Lions was a favorite with fans because he never, ever backed down, was brutally honest about his performance good or bad, and was just plain fun to watch.

He was often blunt with his coaches, too, and usually managed to play his way out of any doghouse he might have been thrown into by his play. Having essentially been benched against Portugal in 2010, Emerick came off the bench and resurrected a poor USA performance by steamrolling a defender and rambling in to score the game-sealing try. His interception, try, and salute in a losing cause against Ireland on September 11, 2011 was an iconic moment.

Emerick's 17 tries is 3rd-most by any Eagle, and his 53 caps is the most by any USA outside back. He emerged on the scene in 2001, plucked out of relative obscurity at DII UNI to be part of a hugely successful All American tour of Ireland. Within 18 months he was on the Eagles, eventually playing in three World Cups, first at fullback and then at center, which is where he belonged.

He played for the Chicago Lions in the Super League and also became a successful professional, playing in Italy, Ireland, France, England and Wales. In 2006 he scored the winning try for Parma in a playoff game with the Gwent Newport Dragons to decide which team would get a final place in the European Cup. A year later he was a Dragon, and scored the winning try against Calvisano to secure that sport for the Welsh club.

Patriotic, tough (his nickname was The Cactus), and opportunistic, Emerick was also a loose cannon, in the good and bad definition of this. While his suspension in the 2007 for a dump tackle (back when dump tackles were not considered especially dangerous) was a little unfair, but his red card in a World Cup Qualifier against Canada was just not-smart. As a 7s player, Emerick is tied for 14th all-time with nine yellow cards in the Sevens World Series. However, he accomplished that in only 62 games, which is almost one per tournament.

But he could also take it. When asked to testify against a Uruguayan player in 2010 when the player had pulled Emerick to the ground by the American's ponytail, Emerick just shrugged and said, "hey, it's rugby," and wouldn't support a citing of the Uruguayan.

In 7s, Emerick was an inspirational addition to the team. When the Eagles were inching their way back to prominence, Emerick joined Chris Wyles and Kevin Swiryin as a powerful backline group that relished contact. Emerick did so especially well, knocking defenders, ruckers, and pretty much anyone else who got in his way.

Upon the announcement of his retirement, former coach USA coach Mike Tolkin said that Emerick, "always hustled, tackled hard, run hard, and been a massive impact player for the Eagles. He has worn the Eagle jersey with pride on every occasion and made his country proud. I am privileged to have been a small part of it."

And Tom Billups, who was Emerick's first national team coach and a huge influence over his fellow Iowan, said: "Paul's international and professional career is one of American rugby's success stories. His play for the United States was full of pride and purpose. He has become an inspirational figure within the rugby community and I could not be more proud of his career."