The Grandville HS rugby team won the programs’ third Michigan state championship in four years with a 13-3 defeat of Kalamazoo this past weekend.

The victory was hard-won, and hard-won throughout a season that included a couple of setbacks. Grandville graduated 12 starters from last year’s team, and this year started five freshmen. It was, said Head Coach Tom Feeney, a learning experience for everyone.

“We’re fortunate that we have a strong middle-school program, but still it was a challenge,” said Feeney. “Bringing freshmen into this level of competition is a bit of a risk, but we worked really hard at it.”

The team opened their season with a loss to West Ottawa, 13-10 in windy, rainy, hailing conditions.

But they used that loss as motivation to improve. They won all of the rest of their games, and then shut out Troy 27-0 in the semis. That put them against Kalamazoo.

“This was tough for our players because we couldn’t get the ball out to our wings,” said Feeney. “It was a sign of our inexperience that we didn’t recycle quickly enough and didn’t secure the ball. It was something we learned, and I think next year it won’t be an issue.”

Still the Grandville defense was there, and they won 13-3, despite being without starting No. 8 Sam Vander West, who is also the team’s main goalkicker.

But inside center Luke Ensing put in an MVP performance, and freshman Carson Bekins was outstanding at flanker. Feeney said Bekins was the epitome of what the first-year players have accomplished

“They are good kids, very, very coachable, and they worked really hard.”

It was an impressive performance by Grandville, made all the more by the fact that they have so many young players coming back. 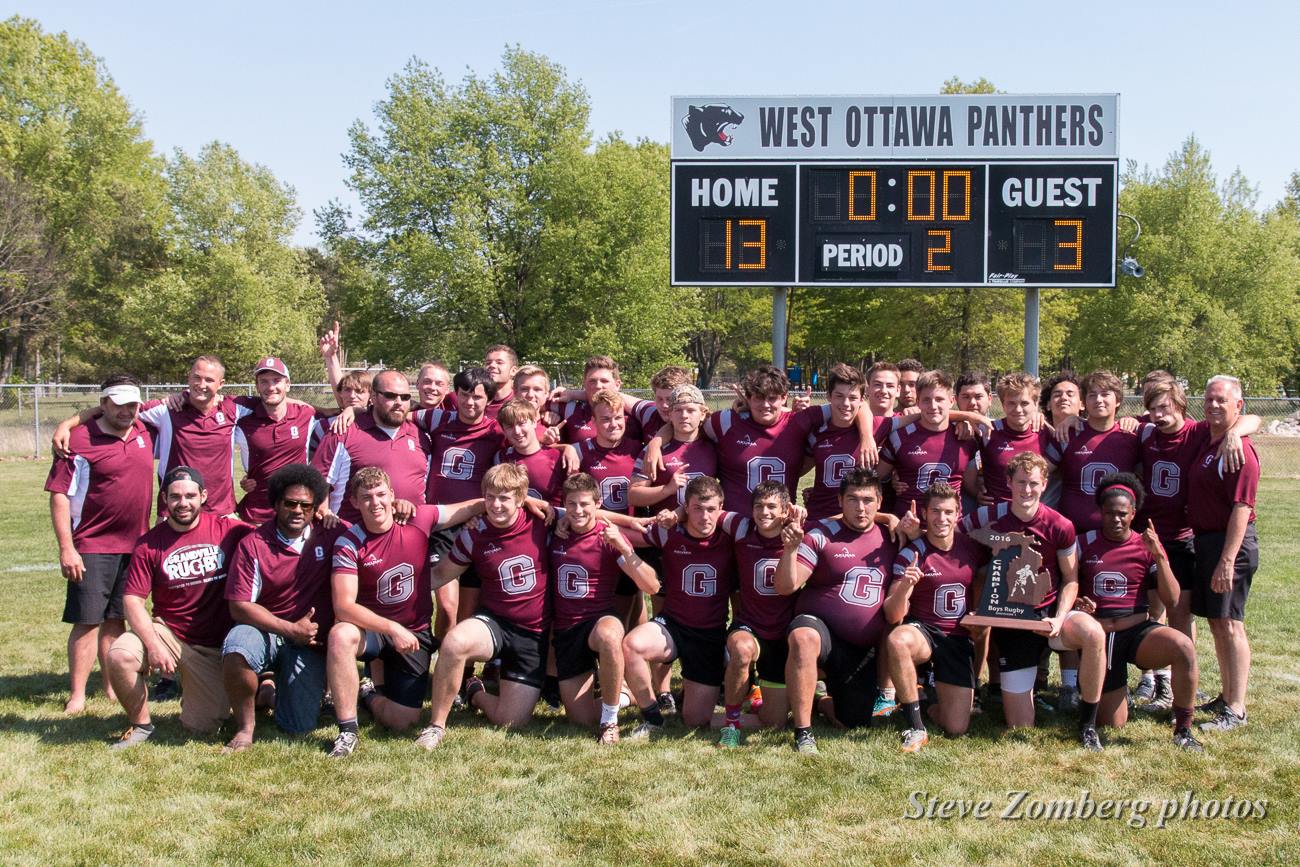