The USA and Uruguay face off in Denver this coming weekend in Leg #1 of the two-game Rugby World Cup Qualifier series.

Normally the USA plays their first game away (that seems to be how it's been done the past several years and even earlier this summer). But this time there's a twist as the Eagles host Uruguay in Glendale, Colo. on Saturday at 6PM local time (tickets available).

While the overseas pros for the USA should be made available, that doesn't always make it easy for the Eagles, as those players need time off from a league game on Saturday and they also have to travel. Several of the USA overseas pros were not in their team's lineup this past week, but AJ MacGinty was, scoring a try and working his magic in a tie with London Irish.

And Greg Peterson was at the coalface for Newcastle again.

Kapeli Pifeleti (Saracens) and Joe Taufete'e (Lyon) came on off the bench this past week.

Meanwhile, Los Teros of Uruguay, which is a mostly domestic side, is working hard at Infinity Park in Glendale.

They are all business, and it's worth mentioning that the last time these two nations met, which was way back in March of 2019, Uruguay won. They won because the Eagles didn't respect the Teros goalkicking, they expected to out-athlete a team that never, ever, ever gives up, and they didn't nail some key tackles.

Uruguay is looking for more of the same.

Uruguay's roster for the qualifiers: 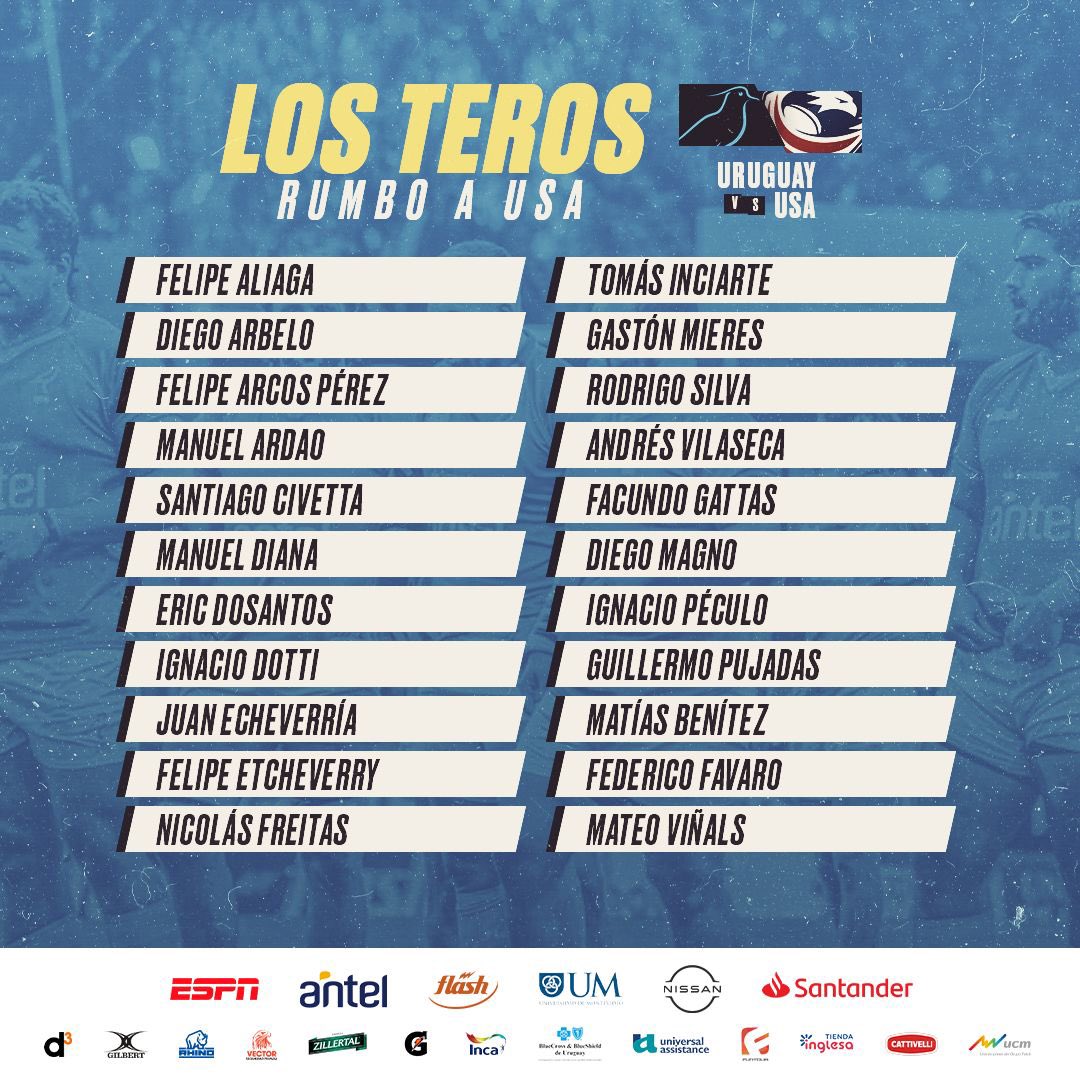