The MetNY U23 team will play its fourth game of the 2020-2021 season as they take on the USA South Panthers U23 team this coming weekend.

The USA South Panthers U23s roster is also below.

All in all, 52 different players will have taken the field for the MetNY U23s, playing (and beating) White Plains Rugby Club, Landsdowne Rugby Club, and Connecticut Selects, and facing the Panthers on Sunday.

The MetNY U23 team was born out of a conversation among local premier rugby coaches and MLR coaches. A team entered in the 2019 New York 7s college division dominated that tournament, beating many established 7s teams along the way such as Stars Rugby, Samurai 7s, and Roots. That team outscored opponents 142-42 in six games. , scoring 142 points in 6 games and giving up only 42.

"While there is a plethora of U19 options for players, there is not much for the U23 player," said Head Coach Matt Persanis. "Many players coming out of college are very good players but for many different reasons do not get the hype they deserve or the exposure they need. This team is here to provide exposure to very good young rugby players. After each of our games several of the players were recommended to the USA U23 team. Many of these players have the ability and skills to play at a higher level but for whatever reason have been overlooked. Thanks to the partnership and sponsorship of the AC Rugby Foundation we can give them those chances." 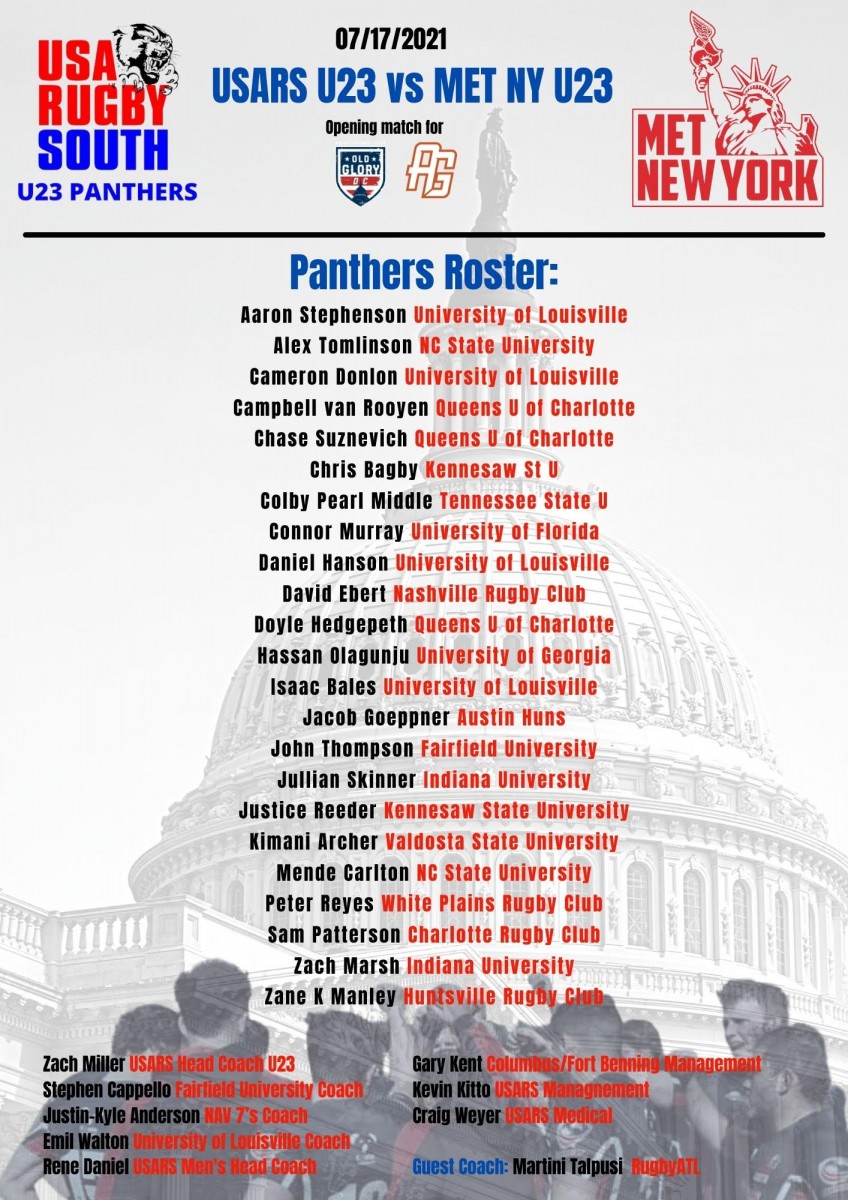