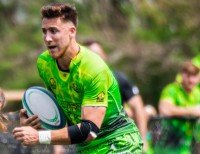 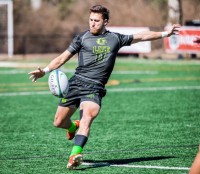 The captain of Life University, George Phelan joined Life as a freshman from Sedbergh School in England.

The fullback, who can play pretty much anywhere, combines leadership, athletic ability, and a deep understanding of the game toanchor the Running Eagles backline, and team as a whole.

A candidate for being the player of the game in every game he played, Phelan is also a leader on campus.  He was president of the business honor society on campus and an orientation leader, as well being rugby squad captain and the lead coach at Atlanta Youth Rugby,

“George has accomplished so much on the rugby pitch since the day he arrived as a freshman," said Life University Head Coach Colton Cariaga. "But in 2020-2021, all of his qualities came to bear, not just in terms of his play, but also in the way he led the team and made an impact on campus and in the community.”