Over 80 at Young Glory HP Clinic

Over 80 at Young Glory HP Clinic 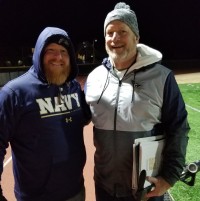 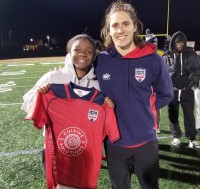 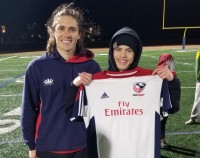 This group included high school and middle school boys and girls. Instruction was blended with games to reinforce the skills taught at the clinic.

This is part of Old Glory's ongoing outreach to young rugby players in the region and this latest event brought in 82 young athletes to see what it was all about.

The clinic was attended by coaches and recruiters from a number of colleges and universities.  They were treated to a high-level clinic that featured elite talent, but also provided an opportunity to participate and learn for kids that had never previously seen a rugby ball. Players and their parents were able to mingle with the coaches and ask them questions about admissions, financial aid, scholarships and the schools' respective programs.

Some of the schools involved were:

"All we are trying to accomplish with these sessions is to get the rugby community playing more, especially kids," said Cima. "We can teach micro skills through modification of rules, but emphasis is on playing. Rugby sells itself if we can organize events like this where people are playing. It's really encouraging to us at Old Glory/Young Glory that community leaders can organically organize events like this that get our rugby community together with kids who are eager to learn.

"It makes our jobs easy."

Nate Taylor from West Carroll Youth Rugby was named the Outstanding Player for the boys.

Mani Boyd from Maryland Exiles Youth Rugby was named the Outstanding Player for the girls.

Both were presented with a jersey from Ben Cima.

The next High-Performance Clinic with Old Glory Academy Director Ben Cima will be held on Sunday, February 5th.