New UCLA Coach Ready To Build On Past

New UCLA Coach Ready To Build On Past 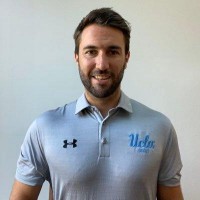 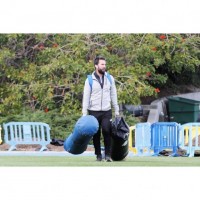 Dave Clancy didn’t actually get his shot to show a lot of what he can do, so he’s going to have to wait.

The new Head Coach for UCLA Men’s Rugby barely got his team on the field before the COVID-19 lockdown, but the Irishman is in it for the long haul, building on what Scott Stewart did the past 15 years.

Clancy grew up in Ireland played club and school rugby before he was injured while playing in University. With rugby playing on the back-burner he switched his major to Sports and Exercise Science, and caught a break because Munster Rugby trained at his school. Pretty soon he was leading warmups for Munster Academy—barking orders at players his own age—and in 2011 was brought in to work with the Samoan National Team and the U20 team that won the Junior World Trophy.

Back at Munster he was recruited to work with the Cayman Islands program. All of this was mostly strength and conditioning, but in Cayman, longtime Australian coach Scott Wisemantel told Clancy that he knew a bit about rugby, too, and maybe he should branch out into coaching the game, not just the preparation.

That led to Clancy moving to Chicago and working with the Chicago Lions, and connecting with Chris Brown with the USA Women’s 7s team.

“I got to cut my teeth coaching with Scott, and then in Chicago it was a lot about program building and outreach in the community, and that was exciting,” Clancy told Goff Rugby Report. “But I was also keen to see how college rugby was going. I was coaching with the Lions and working with the USA 7s team, and I wanted to be quite selective about what I did. Then the UCLA opportunity came along, and I couldn’t turn it down.”

UCLA checked all of the boxes—it’s a respected institution, it is a good rugby program, but one with challenge that mean it has yet to attain its full potential, and it has some funding.

Stewart left UCLA and the team was basically self-coaches for a time (GRR visited the team in January, and injured player Patrick Regan was running the team at the time).

“They’ve got great facilities, a good talent pool, good weather all year round, and the players are highly ambitious and want to compete with the best, such as our neighbors up north.”

By that Clancy means another school in the University of California system, Cal.

“What sold me was I had an hour with the players,” said Clancy. “The guys were asking really good questions. They wanted to know my plying philosophy, my plan. And they want to compete. They don’t want a club where they play tough for 40 minutes, they want a program. UCLA is synonymous with sporting excellence. They back themselves, and I back myself.

“We do have some challenges. UCLA is increasingly difficult to get into. It’s the most applied-to school. But as we build on what the program has achieved, it’s not hard to sell people on what we have.”

With the alumni coming together and boosting their endowment, it all seemed to be ready to launch. And they did get some games in. They pushed Saint Mary’s early on before losing 60-25. They lost to Arizona by a single point. They beat Cal Poly, lost to Cal (but not too badly), and shut out a rebuilding Utah.

That, along with the engagement from the players and the alumni has helped spur a solid recruiting season. But UCLA's trouble spot has always been the tight five. For some reason it has been difficult to build depth there, and Clancy said "we may have to go old-school and recruit on-campus."

They did get a couple of potential players that way, but Clancy said the team needs more.

"One of the biggest dividing factors between us and Cal or Saint Mary's is size," he said. "We are competitive for 40 minutes but then what we have in reserve and what they have in reserve, especially up front, are very different."

"When you've got a program, you can develop anyone," he said. "I brought in [former British & Irish Lion] Alex Corbisiero for some forward-specific coaching, and the first thing we saw was how we flipped the script on our set piece penalties. We went from giving up most of those penalties to getting more in our favor. The guys are responding."