We've got some big tacklers, hard-hitting front-rowers, and try-scorers from this weekend.

Pan started at scrumhalf for Virginia Tech and led the attack while converting all of the Hokies’ first three tries. Pan left the game injured, and coming off the bench was Reuter, who slotted in very nicely and helped Va Tech finish off the game. He even scored a try.

The NC State wing ran in five tries as the Wolfpack beat Maryland 51-31.

The Jayhawks flyhalf, who was a standout at the Kansas City Junior Blues, soared over for an early try and scored another as he led the KU offense in a 34-0 shutout of Iowa.

Another Gamebreaker off the bench. Buckley’s older brother, Iona’s captain and starting scrumhalf, left the game injured in Saturday’s meeting with Notre Dame. Aidan stepped in to take over and helped spark Iona to a 45-14 victory.

The Rams front row played a powerful game in tight and all three scored tries in a close 36-32 defeat of Fairfield.

The central attacking playmaker for the Bruins, Barry led UCLA to the West Coast 7s title. His passing and use of his teammates was superb. He was also the tournament MVP.

Chan has excelled throughout the backline for the Huskies, but he is especially good at scrumhalf and his leadership and goalkicking saw Northeastern to a 48-21 victory over Tufts.

The US Naval Academy tighthead prop made ten tackles and assisted on five more while missing none as Navy shut out Clemson 55-0. 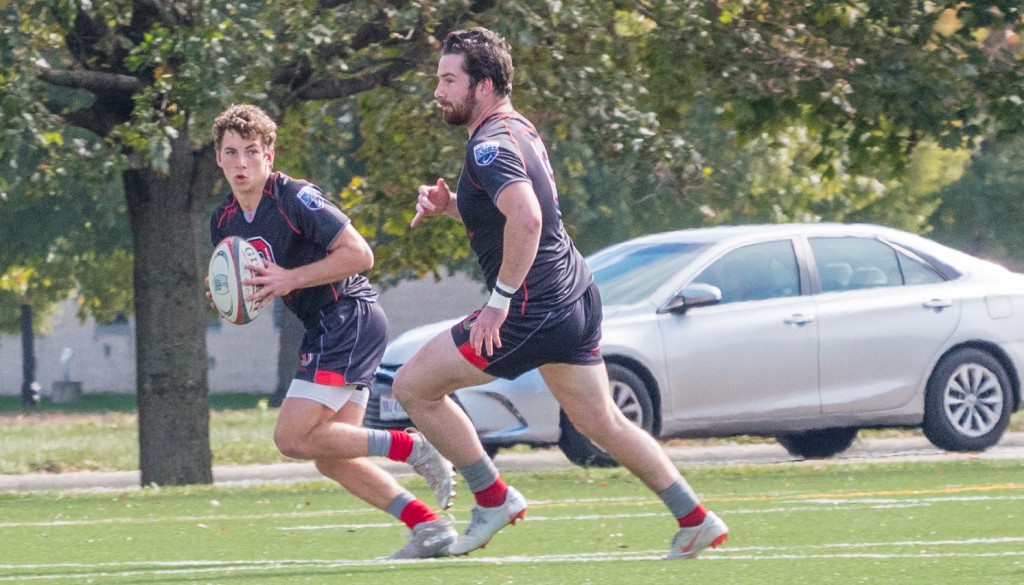 Carso scored two tries as the Buckeyes beat Illinois 38-17. Carso has emerged as a momentum-changer for Ohio State. He now leads the Big Ten with eight tries.

The freshman No. 8 was a star for the Royal Irish HS program and while he scored three tries against Michigan State, it has been his constant presence as a ground-gainer and clearout man in the rucks that has been useful for IU.

The Bears beat Notre Dame College 47-22 and the hardworking flanker scored two tries and kept up his form as a ball hawk for KU.

The Black Knights No. 8 led his team to a much-needed victory in the Rugby East, 43-19 over St. Bonaventure.

The Buffalo flanker was key in a defensive effort that shut our Air Force 20-0, and he came back from a blood sub to score a try.

The Brighton HS product out of Michigan has been part of the Davenport backbone for some time and he did a lot of the dirty work making some hard yards, winning ball, and playing defense as Davenport put an admittedly depleted Penn State team to the sword 49-17.

The Mira Costa product once again led from the front as the No. 8 scored and caused Washington all sorts of problems in a 27-7 Oregon State victory.

Kelly was a terror for the Hawks, scoring three tries in the second half and, more importantly, playing excellent defense as St. Joe’s beat rivals West Chester.