We honestly would love to see some movement in the Top 10 but we don't because all of those teams did what was expected of them this past week.

There is some movement between 11 and 30. Miami of Ohio was a team we were waiting on. Basically we needed to see them record some results against teams we were confident were at the very least rankings-possible. They did that this past weekend with an emphatic win over Mid-East rivals Middle Tennessee State. 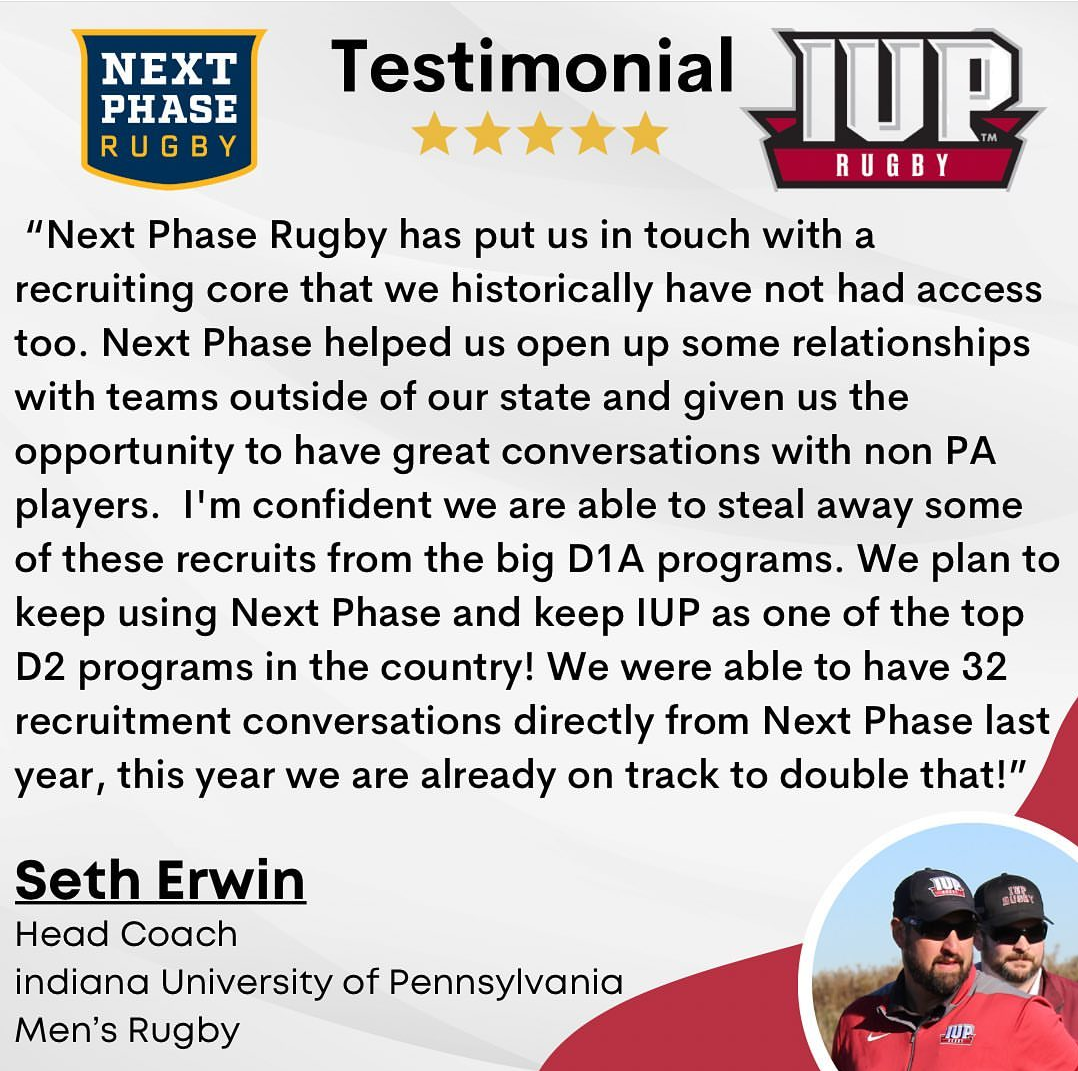 These rankings are brought to you in part by Next Phase Rugby. Even lower-division college rugby teams and even club teams can get on the app and create a profile that allows hundreds of high school rugby players to learn more about your team and your school and start the recruiting process. Go to NextPhaseRugby.com.

Ferris State was another team we were waiting on. We had an inkling they deserved to be in the top 40 but they hadn't played any games that would tell us anything concrete. Beating a ranked team gets them in there.

UNC-Charlotte and UNC-Wilmington played a close one and move closer to each other. Bloomsburg beat Scranton and normally with a #40 loses they run the risk of dropping out. But it was a two-point loss and other teams dropped out for bigger losses, so Scranton hangs in there.

Conference playoffs are coming so expect some Top 10 movement.