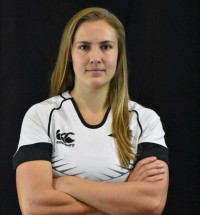 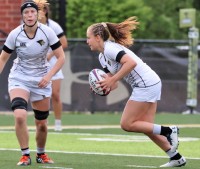 Richelle Stephens, who represented the USA in the 2016 Olympics just out of high school, is now a finalist for the MA Sorensen Award as the top women's college rugby player in the USA.

Stephens is a classic flyhalf, a distributor who understands space and uses her running ability, kicking, and passing to exploit it.

She has captained six national championship teams (counting 15s and 7s), and is the only current collegiate rugby player with Olympic experience and remains part of the USA 7s High Performance pathway. An active member of Lindenwood for the past five years, she has been a starter at flyhalf during that entire time.

Voted Player's Player by her teammates on multiple occasions, she is a field general and a potent attacking player, showcasing a skills that is rarely found at such a high level in the women's college game. And intelligent player who just earned her defree in Paramedicine, Stephens excels in distribution but is also an attacking threat and can score tries from anywhere on the field.