LA 7s Concerns and Questions: What Will It Be Like?

LA 7s Concerns and Questions: What Will It Be Like?

Change can be a worrying thing and with the USA stop on the Men's Sevens World Series moving to Los Angeles, we thought we'd give readers a chance to voice their concerns or questions about the shift.

With Dignity Health Sports Park hosting the LA 7s Feb 29-March 1, the event is decidedly not in Las Vegas, but of course while Las Vegas is an exciting destination for fans, Greater Los Angeles has a few thrills of its own.

So we asked readers to voice their concerns, and then went back to the LA Sevens people to get some answers. Here's what we have (paragraphs in bold are additional detail on concerns in each subhead):

Will the LA 7s have the same atmosphere as Las Vegas?

The stadium for the LA 7s, Dignity Health Sports Park, has the potential to have a better atmosphere than Sam Boyd Stadium in Las Vegas. The reasons for this are:

1.      Smaller, more intimate stadium so the crowd is loud even early in the day.

2.      The stadium, Festival, and Invitational are all connected – the concourse is 360 degrees. The Festival is part of the large plaza, and there are dozens more food/drink options and opportunities.  There is no question on the fan experience that LA will be light years ahead of Sam Boyd.

3. With the roof shading the fans it’s more comfortable, and with more options for concessions fans will be in their seats having a good time

Will we see fewer fans in their crazy outfits?

There are fans in their crazy outfits all through the World Series. It wasn’t just Las Vegas that inspired fans to be like this. LA has a reputation for being a little wild, too.  Of course, this is what 7s is all about the world class rugby mixed with an international carnival.  Fans will learn more about the carnival and other special events as we get closer to the event.

I would love to know what long term plans are.

This deal with Dignity Health Sports Park is a minium 4-year partnership and aligns to all the other stops on the World Series. In eight years the Olympic Summer Games will be held in Los Angeles. So having this event there is part of the buildup for the region and for the sport. Holding the LA 7s in one of the largest metropolitan areas in the country brings a new approach to growing not only the event, but the game.

"Not exactly the best place to have it. Houston, Miami, Orlando, Atlanta. Dallas,San Diego so many good spots to choose from. But LA wasn’t good the first time it was there."

That may be the key here. When the USA World Series stop was in LA in 2004-2006, mostly under USA Rugby’s control, it struggled. Part of that was because the tournament was just getting started. Part of that was that the region around what is now Dignity Health Sports Park, and the venue itself, wasn’t as developed as it is now. There are more shops, restaurants, and coffee shops in Carson, and as we mentioned above, the stadium itself has undergone a massive upgrade. 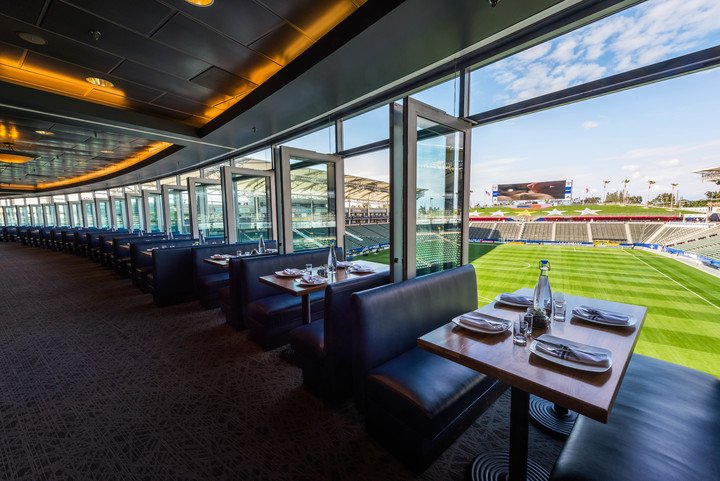 Bad direction for the tournament. Less than half the attendees expected?

Dignity Health Sports Park has a capacity of 27,000, which is about two-thirds that of Sam Boyd Stadium, and the LA 7s will cover two days (which is in line with almost all the other World Series stops), instead of the three days in Las Vegas.

But that doesn’t mean have the attendees. Fans who bought tickets for two or three days in Vegas will likely still do multi-day tickets in LA.

What this does accomplish is make the commitment easier on everyone. Fans who want to stay longer and enjoy Southern California can do that, and still see the entire tournament. Teams playing in the invitational are there for one extra day, not two or three.

And it costs less to stage the tournament over two days instead of three, which speaks to the previous question about long-term success.

Why Move From Las Vegas?

What the LA 7s has done is address these issues. Whether you think the complaints were made up or not. Dignity Health Sports Park is an all-grass field that can hold a full-sized rugby pitch.

The stadium has undergone millions of dollars of upgrades making it an updated venue good enough for the NFL.

Hotels are slightly closer to the stadium, and the issue of smoky hotels was very much a legitimate concern for the athletes, and the tournament has addressed that, too.

Not For The Casual Fan?

"This takes away the incentive for casual fans to come to a city to have fun and also see international rugby and grow to love that. My guess is that more people would spend travel money to go to Vegas for the tournament, than they will to Carson, Calif."

As a sport in the US, we have to start building and growing events where 50% or more of the attendees are local – the sport needs to connect to more than just the hard core fans.  Vegas was not growing as it was 95% out-of-market and the corporations there are casinos and would not invest in the game there or elsewhere in the US.

We need to connect our top events with top brands and leverage them to the growth of the community game as well.  Los Angeles and Southern California is a huge market that serves the Southwest and has brands and growth opportunities that need and should be leveraged. The event will be judged on attendance, impact beyond as well as brining new companies to the game not only for the event but for USA Rugby and American Rugby.

It’s the Los Angeles area that’s the attraction. Sure, the stadium is in Carson, not LA, but Sam Boyd Stadium was in unincorporated Clark County, Nevada, and was closer to Henderson than Las Vegas.

What LA provides is something for everyone. If you want kid-friendly or family-friendly entertainment, Disneyland and Universal Studios are close by. Beaches? LA has those. Nightlife? The LA 7s is developing partnerships with area bars, restaurants, pubs and clubs to accommodate whatever a fan wants.

According to the LA Times, over 48 million tourists visited LA County in 2017. They had to be coming for a reason. (According to Statista, Las Vegas gets about 42 million visitors a year.)

We will ask the tournament organizers to address other issues as they come up. Let us know here what you want to know.

Organizers say you need to move fast to get your tickets. Go to: https://lasevensrugby.com/ to buy tickets