The City of Greer, SC and the Greer 76ers Rugby Club are hosting a Christmas 7s tournament this coming Saturday, Dec 10.

The tournament is hosted by the city's Parks & Recreation Department and in fact the city's P&R department started their own rugby program, the 76ers.

"We are doing our best to make sure the sport grows in the state of South Carolina and regionally," said tournament director and Greer City Athletics Supervisor Cory Holtzclaw.

On Sunday, the day after the tournament, there will be a USA Rugby South camp from 9AM to 3PM, where top high school players will showcase their skills to the Panthers staff. 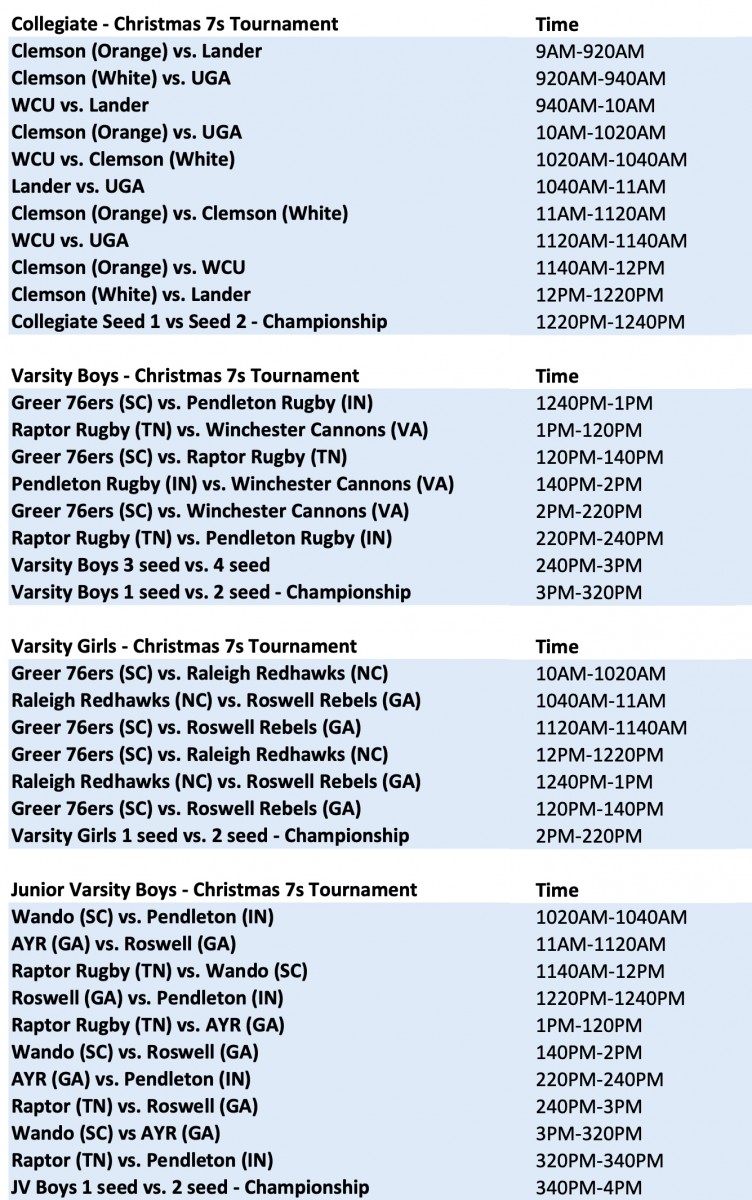