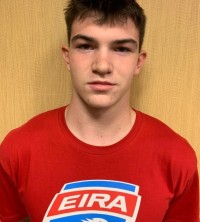 We've got our Gamebreakers from the Boys HS games last weekend, Feb 14-16, with eight players from six different leagues.

The speedy fullback, labeled by one observer as “one of the fastest high school players I have ever seen,” broke through for a key early try and was an offensive thorn in La Jolla’s side in the SoCal Varsity White semifinal.

In a nicely-taken victory over St. Thomas of Houston, the Rugby Texas power Katy found a new talent in Finlay. The flanker/No. 8 originally from Australia likes to do the dirty work, hitting rucks, poaching balls, and making tackles, and he led a defensive effort that was key to Katy’s victory.

Tinoisamoa was a force in tight as Carlsbad held off Murrieta Valley in the SoCal Varsity White semifinal.

Led a very snappy Jesuit attack as the fullback scored and repeatedly found gaps in the Bellarmine defense.

Martinez scored a try at the end of the game to secure a comeback 37-33 win over Gridley.

The Bixby prop set the tone up front and was a key leader for a young Bixby team that beat Union 12-0 in an early Rugby Oklahoma league game.

Captaining the Wanderers from any of four different positions, including scrumhalf, Freixa (pictured at top) led his team to a 31-14 defeat of Naples.

Liddell scored or set up all three Tempe tries in a tight 20-17 win over Red Mountain.