Cal State Long Beach made a huge statement Saturday with a 70-0 defeat of Cal State Fullerton in a game that was expected by many to be much, much closer.

Fullerton ran a game plan with two of their bigger former forwards now in the backs. They had hoped to power through the CSULB defense, but Long Beach held them. 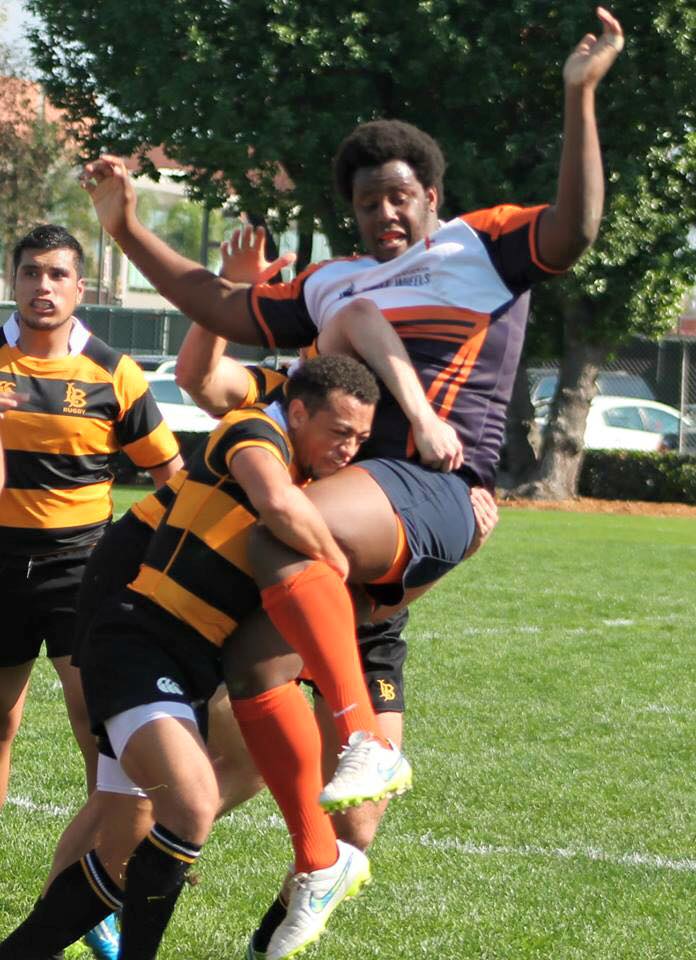 Junior Long Beach scrumhalf Roland Blackiston was excellent, as he was quick and also hard to bring down, often dragging his opposite and a flanker or two with him on runs. He scored two tries, and ran another 80 meters down the short side that was called back when he stepped on the touchline.

Freshman Fullback Steven Bodley, a Peninsula Green HS product, kicked eight out of ten conversions, and two penalties. Fyhalf Adam Jones and center Max Paronelli each had a pair of tries while Martin Sanchez was a power, too.

“We are picking up where we left off, making us as good, if not better, than last year,” said CSULB Coach Jason Reynolds. “We are entering this season more mature and experienced. We have been strong in the National Championship series splitting head-to-head meetings with University of Arizona the last two years. If we stay healthy, I believe we will make a big push again this year in the National Championships with an even better result.”