The teams and pools are set for the USA Club 7s Championships, which is presented by the Washington Athletic Club and held at the Starfire Sports Center in Tukwila, Wash.

A tournament that is often a showcase for American collegiate players who are transitioning to club play, this tournament has a few changes, namely a bit of an invitational aspect because some teams are still swimming against the COVID tide. The tournament also has more than one bracket. This was so clubs could plan better, and in addition provided teams that maybe weren't as strong as they thought with something to play for.

Often a club that has aspirations for the summer and then suffers a couple of early setbacks might find numbers and interest slacking. But if that team has a Silver Cup to play for at Nationals, they might simply redirect their plans. That is what has been happening. In addition, often a club will have so many good players it can enter two teams to try for Nationals. The multi-bracket format allows for this.

The Women's Signes Cup and the Men's Silver Cup both have been formatted to have two pools of four and two pools of three.

After that, however, they will be formatted differently. For the Women, the top two teams of the three-team pools (Pools C and D) will play off (#1 vs #2), with the winners playing the #2 seeds from Pools A and B, and the losers playing the #1 seeds from those pools. From there it will be a straight quarterfinal-semifinal-final sequence. A similar seeding game will occur for the 3rd-place teams in the smaller pools. 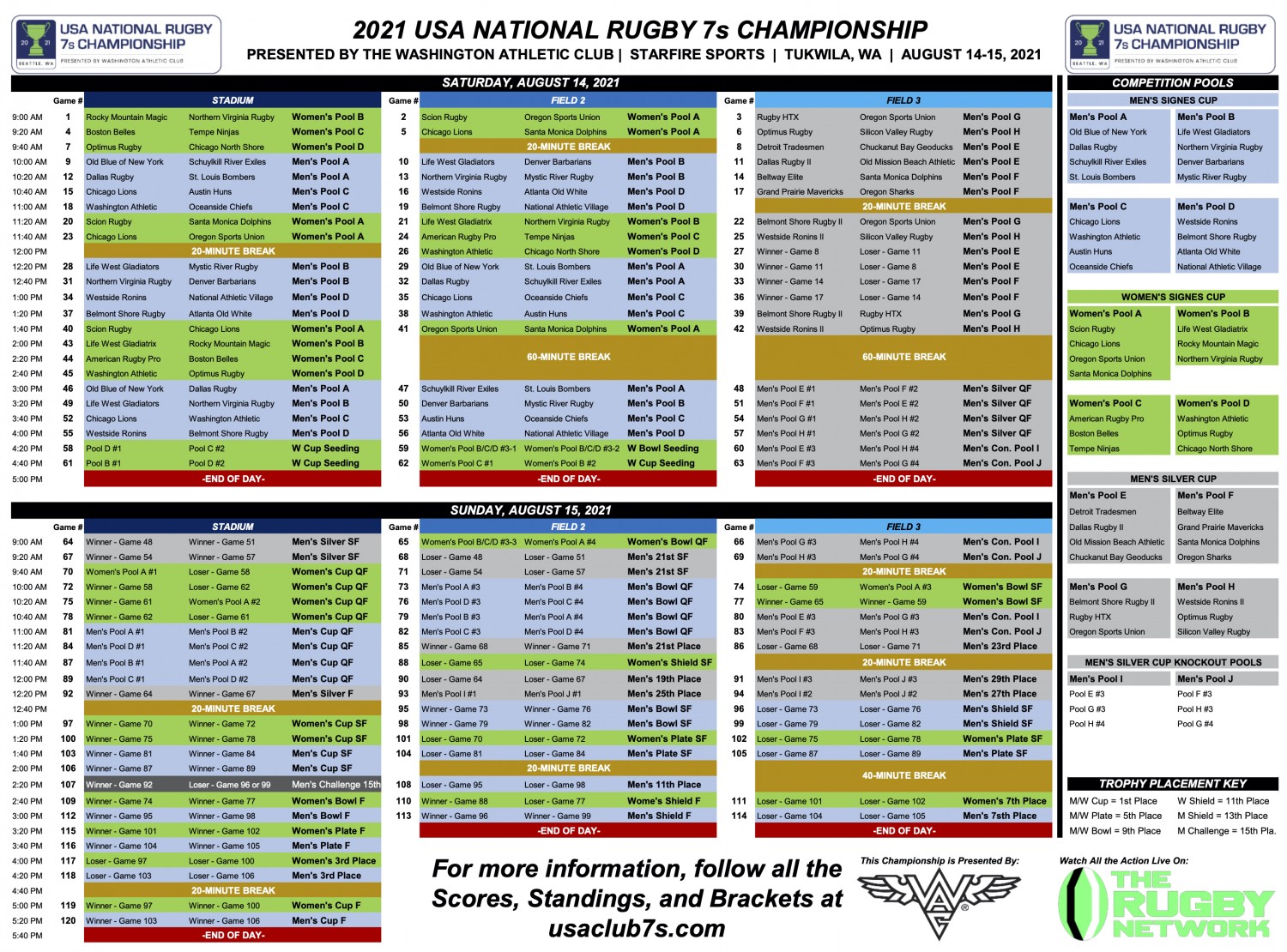