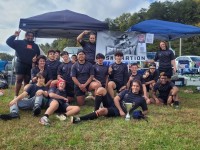 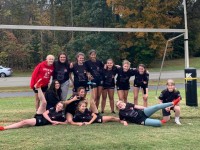 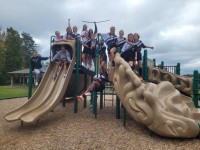 For several years the North Carolina Youth Rugby Union has put on a Fall 7s Series – with many players doing both football and rugby.

They Fall season has been a great way for non-football rugby kids to stay engaged before Winter 15s when everyone comes out to play. What started as a small 7s season for just a few sides has turned in to a 3-state (NC, SC, and Georgia), highly competitive 7s juggernaut. Thirty teams spread out over several tiers and divisions (based on gender and competitiveness) played 3 tournaments in the month of October, wrapping up with a finals day on the last Saturday in October.

Each team played 3 matches per game day finishing the series with 9 matches each.

The tournament featured a mix of both school, club and motley teams and allowed for nearly 400 high school athletes to get some fantastic rugby in.

Here are the results:

Tier 2 HS Boys winner:  Wando Warriors (SC) – normally a Tier 1 team but doing a bit of rebuilding this year – they edges out last year’s winner, the Olympic Trojans, by one try in an exciting final.

HS Girls winner:  Charlotte Tigress dominated the bracket going 9-0 over the course of the series – the only undefeated team, boys or girls.

The Carolinas are now ramping up for their Winter 15s season – a hybrid season before Spring that has conferences for both Single School and Multi-School teams.