Can A Tour Create Champions? Lindenwood Did With Irish Rugby Tours

Can A Tour Create Champions? Lindenwood Did With Irish Rugby Tours

The Lindenwood women at historic Croke Park while on tour with Irish Rugby Tours.
11.09.2018 - Alex Goff 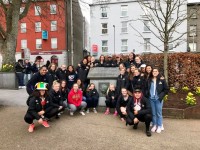 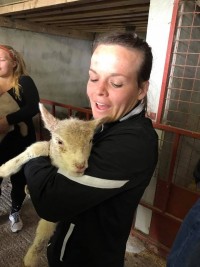 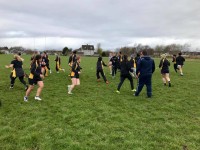 It's not always easy to see where champions found that special something, mostly because it's many things that make a champion, but Lindenwood University women's team's massive success throughout 2018 might well be traced back to ... a trip to Ireland.

Lindenwood won the women's D1 Elite championship and the USA Rugby collegiate 7s championship this year, capping off the year with McKenzie Hawkins taking home the MA Sorensen Award as the nation's top women's collegiate player, and Hawkins, Joyce Taufa, Natalie Kosko, and AK Padraza all earning their first caps for the USA.

Whew, that's quite a year. And for many observers, the seeds of that year were sewn in Ireland in 2016. The trip was set up by Irish Rugby Tours, and one of the key aspects of what IRT does is to schedule exactly the right level of competition for touring teams. Head coach Billy Nicholas took 35 players through Dublin, Galway, and Limerick.

The players saw England take on Ireland in a Women's Six Nations game, and played Old Belvedere and Highfield RFC.

"We dad a great tour guide and bus experience," said Nicholas. "We  stayed in great hotels throughout the trip. I would highly recommend the experience to collegiate programs looking to challenge themselves."

"The trip was a chance to get out of our comfort zone, challenge ourselves and play up with some of the top women's teams in Ireland," said Nicholas. "Not only was it a valuable learning experience on the pitch but off it the team had the chance to explore a different country and really bonded and brought everyone closer."

Having Irish Rugby Tours run the trip helped in every way - the level of rugby, the activities, the itinerary, the planning. IRT took care of it all. And now we are seeing the fruits. The players embraced the game and learning the game like never before. Some became Eagles. All became champions.

The experience was such that IRT and Lindenwood have formed a partnership.

"Irish Rugby Tours was fantastic to work with in the past and we look forward to working with them again in the future," said Nicholas.  "We are excited about their support in our program and value their company and organization,"

George Hook Founder and Managing Director of Irish Rugby tours was excited about his company's association with Lindenwood Rugby.

"We pride ourselves on the high standards of service we offer always," he said.  "Similar standards prevail with the National Champions of 7's and 15's and are a testament to their talent and commitment. We are excited to partner with Lindenwood the next three years and hope that it will help towards the attainment of more success by this outstanding program."

And now you can see the players who have emerged. Natalie Kosko and Annakaren Pedraza both earned player of the match honors in the game against Old Belvedere and both went on to represent the USA.

"Everyone gained a lot of valuable experience though between the matches and training sessions with different coaches from around the world," added Nicholas. "It was great to have that experience to learn from others and experience a new country and cultures together."

For more info on touring with your team go to https://www.irishrugbytours.com/