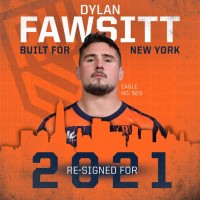 Bermuda will host the first World Tens Series in October and November, taking mainstream what is an exciting hybrid of 7s and 15s rugby.

Ten-a-side rugby is not new. It has been played here and there for decades (this writer played in a 10s tournament in 1981 so you know it’s ancient). Hong Kong boasts an impressive 10s tournament as part of the Hong Kong 7s weekend. But now there’s a plan to create a global series.

Of course, COVID-19 makes it very difficult to have a global anything, so the first run-out will be three events, all in quick succession at the same location. The inaugural series will be held in Bermuda, with the first weekend of action being October 24-25, round 2 being October 31 to November 1, and the championship being November 7.

There will be no spectators, but the series will be broadcast.

Return Of The Aviators

And there’s an American team involved, as the Ohio Aviators will suit up to represent the USA. In the lone year of PRO Rugby (2016). The Aviators name was never trademarked, and now has been as a professional touring side.

Program director Tom Rooney looked to get as many players from the old PRO Rugby team back for the assembly in Bermuda, and he did pretty well.

Hooker Dylan Fawsitt, lock Kyle Baillie, and loose forward/lock Riekert Hattingh have all verbally committed to play. Flyhalf JP Eloff is back, as is wing Shawn Riley, while another former Aviator flyhalf, Taylor Howden, will coach along with NOLA player Kane Thompson. Zach Stryffeler, who was on the 2016 Aviators team, will be the manager.

JP Eloff pulls away for a Try in the corner of Dell Diamond Stadium. #USAvBRA live on https://t.co/WvDb86D55C pic.twitter.com/kISVQd6H4f

Roland Suniula was not available as he is in New Zealand and can’t travel, but his younger brother, Shalom, will fill in. Recent Ohio State standout prop Spencer Kreuger and recent Lindenwood University All American Christian Rodriguez are also on the squad.

There may well be a few other high-profile signings.

“We have a combination of young-and-hungry along with experienced guys,” said Rooney. “You look at Fawsitt, Baillie, and Rikhert, they’re all captains of their MLR teams.”

Major League Rugby told the Aviators they needed to get permission from each MLR team for players to be released, but if the team said OK, then the league would say OK. The Seattle Seawolves, RUNY, and NOLA were all very supportive of the plan.

The Aviators will be together for close to 30 days, in intense training before the first games. The team will take a squad of 20, with game rosters being 16. They will assemble and train for 10 days before the first games on October 24. They have sponsorship backing (more on that later) and may well be the highest-profile American rugby team playing this fall.

There are several other players who are expected to play but haven't officially signed on. They include Eagle center Bryce Campbell, former capped prop Chris Baumann, as well as Will Magie and Ben Cima, who have both suited up for the USA at flyhalf and fullback. Kickers will be needed especially as reportedly the tournament will have a little wrinkle in the scoring that benefits a really good kicker. Campbell played with London Irish last year but returned to the USA. The former University of Indiana Scholz Award-winner is reportedly set to announce he has signed with Austin in Major League Rugby.

Here is the projected squad:

All tournament players and team management will be tested prior to their arrival, and with cases in Bermuda in the single digits, it's unlikely they will be exposed once they get to the island nation. Basically this will be a Series in a Buddle.

"This makes Bermuda the ideal location for us to launch and showcase this exciting format for fans to watch,” said Paul Holmes, COO of the World Tens Series and coached with the 2016 Aviators.

“We are excited to welcome this new and unique World Tens Series to Bermuda,” said Hazel Clark, Director of Sports Business Development, Bermuda Tourism Authority. “The World Tens Series organisation has demonstrated a huge commitment to working with us to safeguard Bermuda and we believe this is an outstanding new sporting event with world-class players that will capture fans’ interest from across the world and showcase our beautiful island.”

The World Tens Series has plans to expand to 16 teams playing around the world in 12 locations.

Each location will host the tournament for one week, with the season set to run for four months.