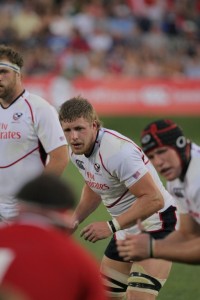 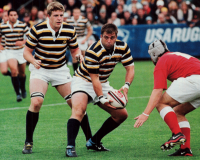 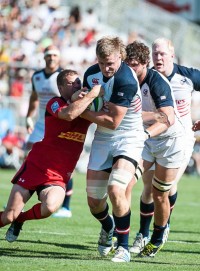 A direct and honest rugby player and person, Lou Stanfill was a bruising lock, flanker, and No. 8 who played over 50 times for the USA.

Stanfill was one of the many players who followed the pathway from Jesuit of Sacramento to Cal to the USA. Jesuit was a perennial national title contender while Stanfill was there, and Cal won national championships every year he was at Berkeley. NYAC won a Super League title his one year with them and Seattle was a top club when he moved west.

Stanfill on Wallabies, Injuries, and the World Cup Dream

At 6-3, he was a little short for a lock but he made up for it with grouchiness. An excellent blindside flanker, he also suited up at No. 8 for the Eagles, appearing in 56 test matches and three Rugby World Cups. He scored three tries for the USA, but, oddly, two of them were in the World Cup. A straightforward player who hit hard, scrummed hard, and didn't back down, Stanfill was always there when the USA called upon him. In a career that spanned 11 season he was a tower of strength, and one of the very best.