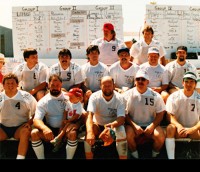 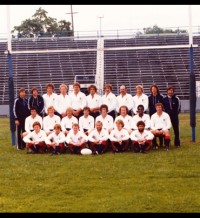 In a time when the best of thw West Coast often came from California exclusively, Jeff Lombard was an outlier.

A big, powerful flanker from Western Washington University, the lifetime Northwesterner cut his teeth in the always imposing British Columbia league, and forced his way onto the USA national team at a time when playing in Washington and BC was a quick road to obscurity.

Playing for his beloved Chuckanut Bay rugby club, he quickly earned select-side recognition by the Washington state all-star team (the Ravens), the Pacific Northwest Loggers, and most notable for many, the Pacific Coast Grizzlies when he was the only non-California on the roster.  He also made the Fraser Valley Rugby Union rep side—a league for which he was MVP—which played the Vancouver Rugby Union.

The soft-spoken Lombard did his talking on the field and he spoke loudly enough to be capped three times by the USA in the early years of the modern era. He also toured with the USA Cougars. We say he was a flanker but that's a little unfair to his abilities as Lombard also played No. 8, lock when needed, and in fact was MVP of the FRU league as a center, punishing teams for three tries a game in what was one of the toughest competitions in North America.