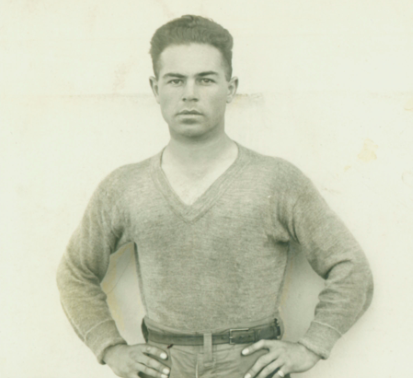 The Rudy Scholz Award is given by the Washington Athletic Club of Seattle every year to the best Men's College rugby player in the USA.

Goff Rugby Report Editor Alex Goff works with the WAC to select the winner, which is chosen through a combination of votes by the rugby public, college rugby teams, and a selection panel.

The Rudy Scholz Award is named after Rudy Scholz, who won two Olympic Gold Medals for the USA rugby team in the 1920 and 1924 Olympic Games. Scholz played rugby for Santa Clara University and served in the Army in both World War I and World War II, was a successful attorney, was active in the Northern California Rugby Football Union, and played competitive rugby until he was 83.