Rob Lynch, A Gamechanger For Rugby in Rural Washington

Rob Lynch, A Gamechanger For Rugby in Rural Washington 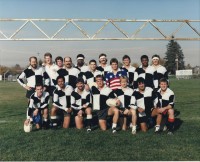 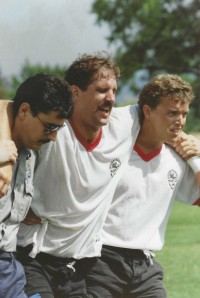 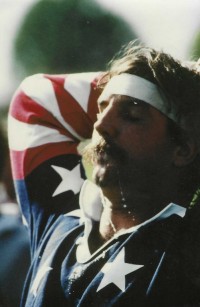 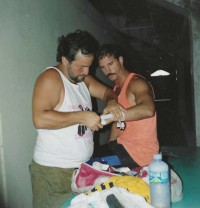 The world has lost a steward of rugby.

In the fall of 2008, Rob Lynch was diagnosed with cancer and given six months to live. What Rob did in those six months, turned into twelve years, and created a lasting impact on the rugby in Washington State. Everyone responds to knowing their time is near differently, for Rob, he formed the first youth rugby program in Eastern Washington State. Rob enlisted support from CWU in the form of recent graduate Jonathon Douglas and the two of them spent the next five years building a the program. Overcoming issues of geographic distance, Yakima athletes were able to complete and created a pipeline to University programs. In the fall of 2013, I moved to Yakima, leaving behind my old rugby program. I had decided the move was a great reason to hang up coaching and be done with it. Rob had other plans. He asked me to ensure that, regardless of their background or barriers, rugby would be here for kids to they can all have an opportunity to play. That is what we set out to do.

Growing rugby in Eastern Washington is difficult. Trips are long. High school kids typically find work picking cherries or prepping for harvest before the season is over. Many of our kids cannot afford to play and I find myself covering the cost of participation for half the kids in the program. As a school principal, one season our team was nearly completely kids who spent their day in my office because of discipline.

Two weeks ago, our small youth program in rural Washington State received news we never thought possible. The new USA Youth and High School Rugby permitted us to form our own affiliate. Operating as the Cascade Rugby Union, Yakima Rugby was given the green light to support the development of youth rugby in rural communities. We are able to build our own dues structure to ease access for our kids working in agriculture and are able to invest in developing new coaches, referees, and administrators. USA Youth and High School Rugby supports the vision of reaching rural kids. Because of USA Youth and High School, I feel that I will finally be able to make good on my promise from 2013. Kids in Yakima and all of rural Washington will have the ability to find a place they can call home. Rugby in Washington will be a sport focused on removing barriers, building relationships, and getting kids on the field. This coming spring will be our first season and I am sad Rob will not see his vision come together.  Because of Rob Lynch and so many others, rugby is alive in rural Washington State.