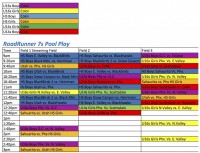 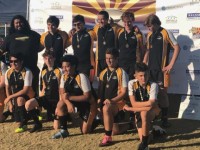 The Arizona Bobcats HS select side program is back with another running of the Roadrunner 7s in Phoenix.

The tournament, thanks in large part to Jessica Brandt, was a big success last year and as happened in 2018 it will include teams from Arizona, Nevada, and Utah.

The whole iea behind the tournament is to jump-start the season for these teams and give the players some game time to ease into the season.

The games will be streamed live on YouTube: https://www.youtube.com/c/UtahYouthRugby

Set up by the Arizona Bobcats select side, this is also a useful early scouting project for the Bobcats.

See the schedule at left (click for a larger image)