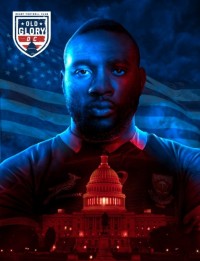 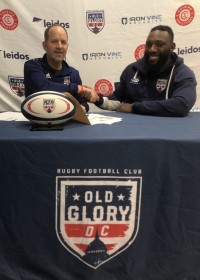 In a move certain to send shock waves through Major League Rugby and ripples around the rugby world, Old Glory DC has signed Tendai “the Beast” Mtawarira to play for the 2020 MLR season.

Affectionately known around the rugby world by his nickname “The Beast” due to his awesome scrummaging power and unstoppable line breaks, Mtawarira comes to Washington DC almost directly off the ultimate rugby victory: he anchored the front row as the starting loosehead prop for the 2019 Rugby World Cup champion, South Africa.

This achievement was the culmination of an international career that earned the Beast 117 caps, making him the most-capped Springbok forward of all time. His dominance of the scrum has recently earned him a reputation for “ruining the careers” of opposing tighthead props at the highest levels of the sport.

A Tribute To A Beast, A Friend, And A RWC Legend

At age 34, Mtawarira has announced his retirement from international rugby, but he is clearly performing at the peak of his game, having demonstrating a masterful performance as recently as the November 2 Rugby World Cup final against England.

Born in Zimbabwe, Mtawarira has spent his professional career playing for Super Rugby’s Sharks, based in Durban, South Africa.  His appearances for the South African national team have included taking on the British and Irish Lions on their 2009 tour and numerous Rugby Championship tests against Australia and the New Zealand All Blacks, as well as uncapped games against the Barbarians in 2010 and 2016, and against World XV’s in 2014 and 2015.  The Beast has also played twice for the legendary Barbarians invitational side, including in late 2019 subsequent to the Rugby World Cup victory.

I’ve been privileged to play this great game and achieve many career goals over the last 12 years of playing senior rugby.

I’ve been blessed to have been part of teams that achieved so much success over the years,… https://t.co/0qTp09T8f4

Mtawarira will join an already talented Old Glory side, which hopes to contend for the MLR championship in its inaugural season of 2020. And it's not just his play on the field where Old Glory will expect to benefit; known as a strong character guy, Mtawarira will be a key leader for the team as well.

“It's exciting to have one of the worlds best players here at Old Glory," said Old Glory Head Coach Andrew Douglas. "As a coach, not only am I excited about what Tendai brings to the pitch, but also what he brings to our environment. He is an excellent professional and the values and character he brings will be important in raising the bar for the whole squad. To have a guy who has played 117 test matches yet is still so hard working and humble can only be beneficial for us. The signing takes the league to another level.”

Little Maddison cried after seeing @Beast_TM at King Shaka International Airport because he wasn’t going to play for the Springboks any more, but she was all smiles when she got to see him again. https://t.co/0dypcaqz5v

“I really want to thank the whole Old Glory organization for making this happen,” added Mtawarira.  “I can’t wait to make an impact on and off the field and help to contribute to making Old Glory the best team in this league.”

Gary Gold, head coach of the US national mens’ rugby team, the Eagles, and a native of South Africa, said, “The news today that Tendai ‘The Beast’ Mtawariri has signed to play his rugby at Old Glory in Washington is an incredibly strong message that the MLR competition is now a league that top players are starting to take seriously. To have a player of Tendai’s ability, and in his current form, as we saw in the recent RWC final, is a testament to the work that has been put in over recent years to form a sustainable competitive competition in the USA, that can attract players of the quality of Tendai. I know Beastie well and I know what incredible value he will bring to the Old Glory team and the MLR.”

In fact, Old Glory’s signing of The Beast marks a recurrence of the unexpected connections between the MLR expansion team and South Africa. Old Glory’s founding owners, Chris Dunlavey and Paul Sheehy, met for the first time at the South African Embassy in DC, where they were each attending the announcement of the 2018 Wales vs. South Africa international test match at RFK Stadium.

They first worked together on the local host committee for that match, and the partnership that eventually became Old Glory was born.  Strong connections were subsequently built between Old Glory’s program and Scotland with the action by the Scottish Rugby Union to invest as a partner in the ownership group, resulting in cross-Atlantic operational, coaching, and player development interactions.  Later, other threads came together to lead The Beast to DC.

“Our organization, particularly our Pathway Director Tim Brown, has been in quiet discussions on this for some time with Kisset Chiregrande of Kyros Sports, a close friend of the Beast since childhood,” explained Dunlavey.  “By the time the discussions became serious, we were supported by business leaders from the South African expat community in greater DC as well as our other phenomenal sponsors and partners.”

“Tendai recently won the Rugby World Cup and has represented South Africa 117 times," added Sheehy. "To have a player of his stature decide to play for Old Glory in the Nation’s Capital is validation of all we have been working on. We are honored to have him join our team. This is a game changer for Major League Rugby.”