Not much happened this week and yet a lot did.

The thing about D2 college rugby is that when teams play across conference borders, the result can force you to take a look at everyone in the conference. So Marist beating Vermont makes us consider, hey, maybe not only is Marist better than the rankings were saying, but maybe the Merchant Marine Academy and RPI are a little better too.

We had a couple of lower-ranked teams beat higher-ranked teams, but none that were massive surprises except Marist over Vermont. UNC-Charlotte (4) and UNC-Wilmington (8) weren't ranked that far apart and playing a tight game. Auburn and Georgia Tech were always close; it was just Georgia Tech's win over Memphis (which, we suspect, changed their lineup because they had the #1 spot sewn up) that had moved Georgia Tech up. They were, of course, still close, at 24-22.

One thing of note is that the Top 10 doesn't change. The teams shuffle slightly, but the same teams are in the Top 10. This is a relative rarity. We had a look at it and 22 teams have been ranked in our Top 10 this year. Of those, three are now not ranked at all (!), and five are ranked 24 or lower. That's to be expected, but was probably exacerbated by the questions following the COVID shutdowns. Interestingly also, we had only one team in the Top 10 from our preseason rankings all the way through to now, our current #1 Norwich. Another team, Adrian, has been in the rankings in 10 of the 11 weeks. This is because at the time of our preseason rankings we weren't even sure what division they'd be in.

Also, if you look at our preseason Top 10: 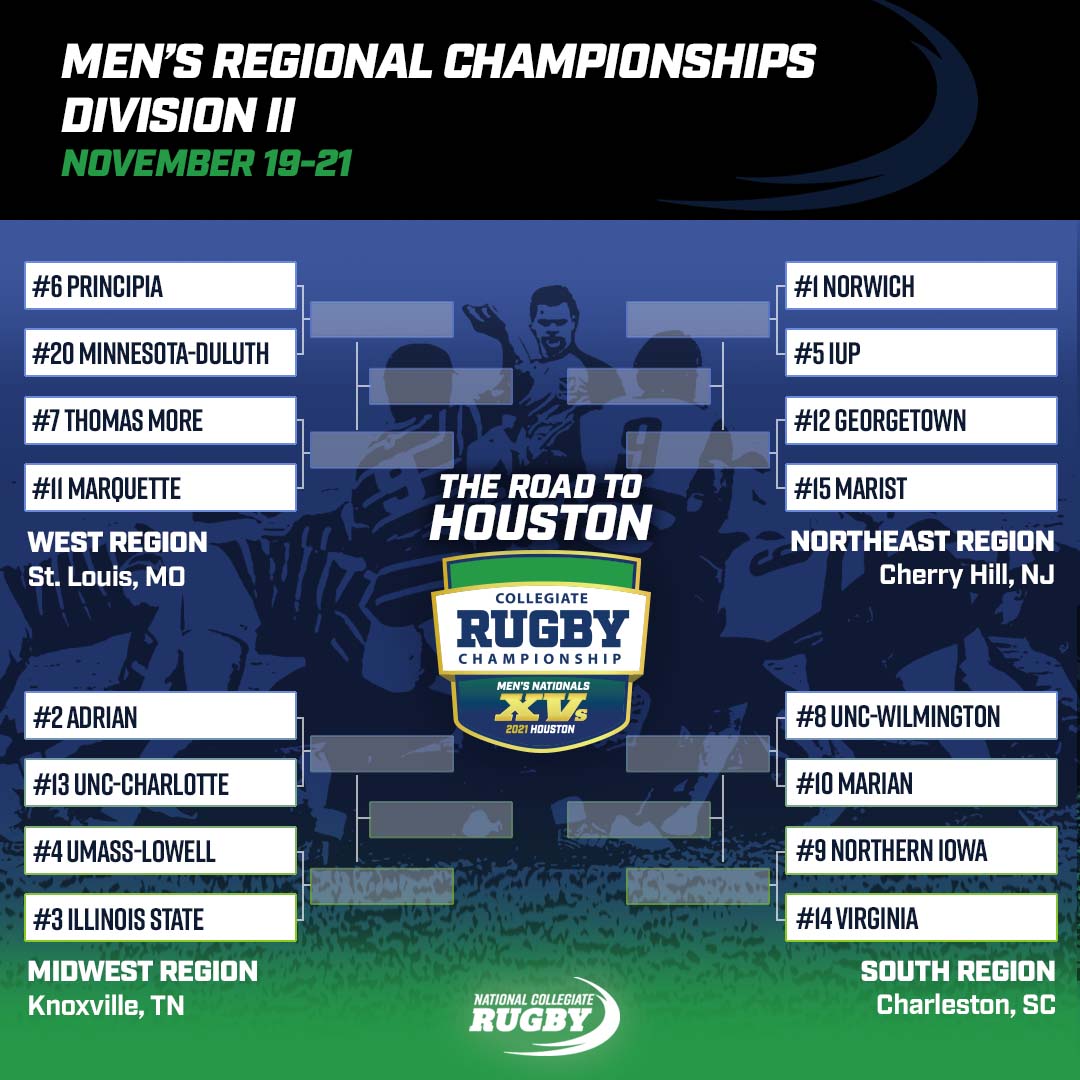 Whitewater obviously wasn't as strong as we expected (numbers were a bit low), but this isn't a bad list. MTSU is not ranked anymore and that was a guess. UMS&T isnow #39 and Minnesota-Duluth didn't play for the longest time but is now coming back into the rankings at #26. Villanova is #24, Vermont #15, and Furman #12. Norwich, ISU, and Lowell are still there. It's imperfect, but not a ridiculous list given how weird the season was.

This coming weekend, of course, two games for everyone. The graphic at right shows you the rankings from NCR. They are pretty good. They had Marist higher than we did; same with Virginia, and they thought well of Duluth before we did. We have Principia higher and we pretty much agree on Lowell, ISU, Wilmington, Adrian, and Norwich. (PS, just to be clear, we make it a point of not looking at anyone else's rankings when we do our own; it muddles the process.)

We guarantee that someone (Duluth? Virginia?) will shake both rankings up this weekend.