Kids Get On The Rugby Field In Idaho

Kids Get On The Rugby Field In Idaho 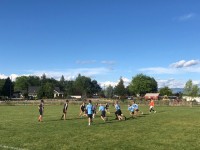 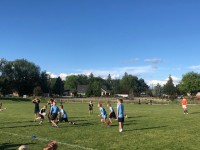 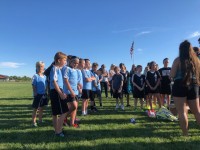 Not every state has sidelined sports, and in fact in Idaho youth rugby got a surprise call to get on the field this summer.

Audrey Billingsley of American Youth Rugby was given two weeks to put together a youth touch program for the City of Star, Idaho earlier this summer. While the City provided insurance coverage through its $35 per-player fee, no one had any kit or resources, so Billingsley worked her contracts.

She recruited an Eagle HS parent of a player who had moved to Idaho from New Zealand to help organize, and several high school players who had taken the referee course were drafted in as refs.

The Mayor of the City of Star is Trevor Chadwick, who is a former Rugby player, and he along with Parks & Rec Director Ron Watson were hugely supportive.

And the Austin Gilgronis sent youth practice balls they had left over from a 2019 program.

Suddenly the kids could play rugby. They did that through a six-week season.

It was fairly inexpensive for the kids—property taxes fund the City's rec leagues and their sports fields. The City residents only had to pay $35, and the fields themselves were extensive, providing plenty of space for social distancing.

This was a pilot program to see if there was demand for rugby among kids in the area. There clearly was, as the kids kept coming back, and the parents loved it. Positive end-of-season surveys from from 2019.

The City of Star insures and funds there parks and rec leagues through property taxes. Children who are city residents pay $35 for their sports. The city has several parks with generous field space which made social distancing during the games easy.

The 2020 season was a pilot year to see if the city would keep Rugby on permanently. After parents returned season surveys with overwhelming support of the program Rugby was placed on the 2021 summer schedule.