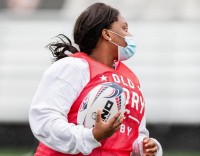 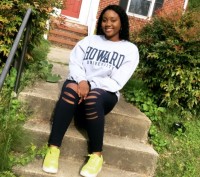 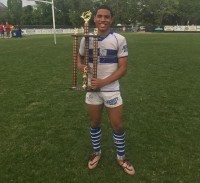 A foundation designed to support rugby in Historically Black Colleges and Universities is raising money and working with rugby people on the ground to increase the reach of the game in an underserved area.

Historically Black Colleges (HBCUs) sprung up in the early-to-mid-1800s in order to provide higher education opportunities to African Americans when they were unable to gain access to more established institutions of higher learning. Called “Negro Colleges” at the time, they grew from the first couple of colleges in Pennsylvania to a network of over 100, producing such accomplished alumni as Thurgood Marshall, Spike Lee, Samuel L. Jackson, Jerry Rice, Jesse Jackson, Toni Morrison, Althea Gibson, Langston Hughes, Sean Combs, Oprah Winfrey, and current US Vice President, Kamala Harris.

While African Americans do not have the same obstacles to education that they faced in the 19th Century, there remains a place for HBCUs.

Rugby, for its part, has not had a firm foothold in the HBCUs, with, currently, only Prairie View A&M and Morehouse College regularly fielding teams (both just men’s teams at the moment), and Howard University in the DC area looking to build its programs for men and for women right now.

The Robertson and Sullivan Rugby Foundation is currently raising money to change all that.

To donation to the RSR Foundation, go here: https://givebutter.com/rsrugbyfoundation

Helping spearhead the campaign is RSRF President Carille Guthrie. Currently working for the US State Department and stationed overseas, Guthrie remains committed to building rugby in Historically Black Colleges and Universities. Guthrie herself graduated from Howard, and has been working closely with the administration there and the students as well to get rugby up and running at her alma mater. Howard is one of the more prestigious schools in the category (US News and World Report ranked it #2 among all HBCUs, with Spelman College #1), and getting rugby there can perhaps jump-start the entire process.

While at Howard, Guthrie played rugby, but for a local club instead of her school.

“We created this foundation to basically take away the hurdles that any students, regardless of university, would have when starting a team,” said Guthrie. “Funding, getting equipment and resources, coaching, and administrative approval are all needed, and we think if we can help with that we can help boost the amount of teams in quick succession.”

Currently the Foundation is concentrating on the DC area because there’s a strong pocket of HBCUs there, including Howard as well as Morgan State and Bowie State in Maryland. There is also Hampton University in Virginia, and for some years the Hampton Heat U23 team has competed in Cardinal Conference play as an age-grade team, but not officially a collegiate team.

“Over the next three years we want to establish both a men’s and a women’s team for those schools,” Guthrie said of Howard, Morgan, and Bowie. “We can create a little pocket of teams there and the move on to North Carolina, Louisiana, Texas, and elsewhere. The bonus with DC is that you’ve already got a bunch of established teams you can scrimmage with and play.”

The Foundation has partners with Washington DC Youth Rugby, and also with the DC Old Glory Major League Rugby team, where head of development Tim Brown has launched himself into assisting where he can.

“Tim’s been a huge huge huge part of this,” said Daniel Davillier, the president of the Howard University men’s rugby club. Davillier played rugby at New Orleans Jesuit before matriculating to Howard. “He’s pledged us jerseys and equipment. He hooked us up with our coach, Tito Miranda. He’s been really helpful.”

This is all just the start. It’s the rugby students who have to build the club, and that’s been hard when everyone is off-campus due to COVID and then the summer. But they are optimistic.

“Right now we have nine or ten guys with three or four years of rugby experience,” said Davillier. “And just asking around I discovered that there were way more rugby players than I though on campus. Some of my good friends who I met early on when I came here turned out to be rugby players.”

A Sport For Everyone, Including HBCUs

There is a feeling, that Guthrie, Davillier, and to a lesser extent the Howard women’s club captain Takunda Rusike have encountered—that rugby is more of a white sport.

But given that the two most famous American 7s players worldwide are African American, and one of them has been World 7s Player of the Year twice, and given that this year’s Rudy Scholz Award-winner as the best male college rugby player in the country is African American, perhaps there are avenues to change that perception.

“I’d say it’s not a white sport, but the numbers don’t lie,” said Guthrie. She points to USA Rugby’s demographic study that received information from 8,500 women rugby players. In that survey, 68% of the players were Caucasian, 11% Hispanic, and just under 7% African American. Interestingly, when you get to the women’s USA 7s program, almost half the players are African American or other People of Color.

“I think if we open up the doors to more schools, if you’ve got more rugby at more schools, those demographics will change,” said Guthrie. “If we bring rugby to a more diverse population it inherently diversifies itself.”

So this could be more a case of overcoming unfamiliarity with the sport.

“When recruiting for the team I get positive reactions,” said Rusike. “I obviously have taken some no's but the student body has been beyond encouraging. Some of the women from other sports have a general knowledge of rugby but will still essentially be learning to play rugby from scratch. I, however, do not see this as a problem as they already have an athlete mindset from playing other sports in high school therefore they will be able to apply their athletic background to rugby.”

Building the Teams at Howard

“At Howard I started asking around, just walking around my freshman year with a rugby ball with me, knocking on doors in my dorm getting guys to come play touch,” said Davillier. “They’d come out. Sometimes nobody showed up. But we kept doing it and we got enough commitment. There is interest in the student body and remember we still haven’t had a practice yet. Everything we’ve been doing has been online. But I look around and there are so many athletes—a lot of football players who don’t play football anymore, a lot of basketball players who don’t play anymore. I ran into that thought that it’s a white sport when I was in high school, but my answer to that is— there’s no need for it to continue to be. There’s nothing stopping us from playing.”

There are athletes among the women, too.

“I would say there’s definitely been a higher overall interests amongst the women student body than I ever expected,” said Rusike. “Many women who used to play softball, basketball, and other sports in high school are very interested. And there’s quite a few girls who used to actually play rugby who are ecstatic about this coming together.”

There are other hoops to jump through aside from getting student interest. This is a new sport for the University, as well. That’s where Guthrie comes in and where the Foundation comes in. Currently, the Howard club will be playing as Herd Rugby, which is a play on the Howard mascot, the Bison. They don’t as yet, have the OK to use the Howard name or crest. But everyone involved is saying this is a chance to take a big step for HBCUs. This could be a way to expand the student body, and also to jump onto the national stage.

Rugby fans know that a dedicated, together, well-supported rugby program that also has athletes can get good in a hurry. Athletically HBCUs have their successes, but more moneyed football programs are the ones in the bowl games.

“Rugby takes a while to understand,” said Davillier. “But we’ll learn. I feel we would create a unique marker on the rugby community and rugby history itself. We could really start something. We’d be trailblazers.”

And while that could be the attraction to schools administrators, what might put them over the top is the rugby culture.

“The thing that sticks out to me is the rugby community,” said Davillier. “It started playing as a freshman in high school and I still have close friends who were seniors that year. You don’t get that in other sports. The focus on the brotherhood and the sisterhood of rugby, with your teammates and your opponents, is a huge aspect of life on HBCU campuses. The sport is unorthodox, but as you play and watch you can see how it can affect the school and the player.”

So the word is being spread. Howard University students are looking to start a team, and build from there. The RSR Foundation will work to fund Howard’s efforts, especially in driving the women’s team to be NCAA and join the National Intercollegiate Rugby Association. That would then be the pathway for other HBCU programs. The men’s team might remain at the club level, but with the right launching pad, they could gain altitude very, very quickly.

To donation to the RSR Foundation, go here: https://givebutter.com/rsrugbyfoundation