Hall-of-Famer Launches Clothing Line With A Message, And A Mission

Hall-of-Famer Launches Clothing Line With A Message, And A Mission 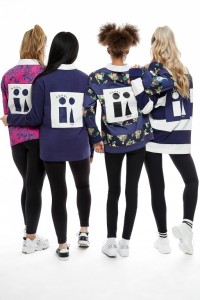 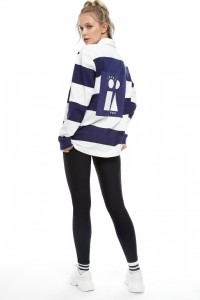 US and World Rugby Hall-of-Famer Phaidra Knight is launching a new clothing line, partnering with accomplished athletes of a variety of sports and using the business to also support women’s athletics.

Knight’s new clothing line is called PSK Collective, and launched this month. The former USA 15s and 7s star partnered with Zahra Bahari of The Powells Companies LLC to launch it all, and brought in a group of athlete ambassadors to promote the line, including USA Women’s 7s star Naya Tapper.

“Of course I had to have another rugby player in there,” Knight told Goff Rugby Report.

But there are others, too:

“I’ve had had this vision for a brand of apparel promoted by real athletes,” Knight explained. “I was drawn to these ten athletes who are very inspirational. It’s a diverse group and I think a group that sends a message of equality.”

Bring In This Generation

Knight picked Tapper as the rugby player after they were in camp together shooting for a spot in the 2016 Olympic team.

“We developed a bond, we both have our Southern roots, and I admire her as a player with her physicality, speed and her finesse.”

For her part, Tapper said she is thrilled to be a part of it. She has been involved in the clothing world before, representing Team USA in an episode of Project Runway, where contestants had to making clothing for Olympic athletes. It was a challenge for the clothes makers, and Tapper said, finding the right clothes is difficult for athletic women.

“It wasn’t all that much different from when I go shopping for clothes,” Tapper explained. “It was actually a very familiar experience for me. We  our shoulders and our shape, it can be difficult to find clothes that are right.”

Tapper said that Knight is an inspiration.

“Phaidra is a very open and honest person, and she is someone I would like to emulate in the way she’s carried herself and grown as an athlete and after her athletic career,” said the USA 7s speedster. A lot of the USA players talk about what they will do after their rugby career winds down. Knight, who is also a broadcast announcer, a speaker, and has competed in MMA, to name a few things, is one who shows that there are still goals to set and achieve once you hang up the boots.

“It’s something you’ve got to plan for,” Tapper said. “We talk about it. What are you going to do, what is your plan? Even more, what is your identity outside of rugby?”

Knight isn’t done being an example. She wants the PSK Collective line to send a message.

“I wanted to tie in my love of fashion with my passion for women’s rights; I wanted to create something bigger than Phaidra Knight,” she explained. Knight met Bahari and spoke of these themes, and “we found that my vision aligned with her’s and we just hit it off.”

Messages of equality and unity run through the symbols within the clothing, and Knight said that during this time of national racial tension, she wants to be a voice of positivity and unification to the conversation. That's why she is selling a rugby jersey with an equality symbol (see pictures) on the back.

Just in case you missed the @psk_collective launch featured on Cheddar TV, you can check it out here! Thank you @daniellemoinet for your support as our ambassador and @kristenscholer for having us on @cheddar! https://cheddar.com/media/world-rugby-hall-of-famer-phaidra-knight-talks-need-for-showing-more-womens-sports-on-tv

There’s also the matter of supporting women’s sports. The Women’s Sports Foundation will receive 15% of the PSK profits as part of the ongoing business model. For Knight, this is coming full circle.

The summer after her first year in Law School at the University of Wisconsin, Knight was an advocacy intern for the WSF.

“The work they do is really important to me,” Knight said. “This support won’t go away. It’s going to be there. It’s something very close to my heart. The Women’s Sports Foundation does so much to advocate for the rights of women and girls through sports.”

Rugby players are used to fighting for the rights of their sport and the right to be noticed, but here is a case of a rugby player stepping into the larger arena not just of sports, but of business, and of social issues, too. As Knight said, it’s something bigger than her, and perhaps an example to other athletes of not only what they can do outside of rugby, but what they can say.