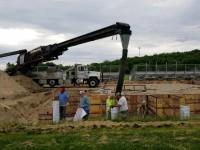 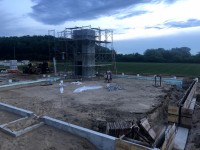 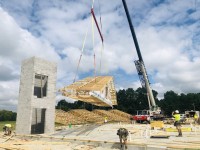 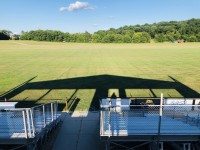 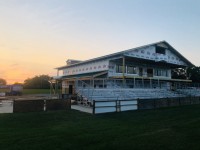 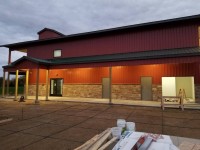 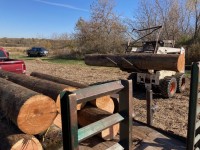 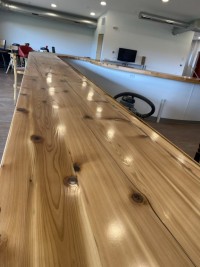 The facility has long been a go-to venue for rugby in the state, with two full-size grass fields plus availability for two more.

This summer, the club completed construction on a 9,000-square-foot, two-storey clubhouse located between the two fields the club operates. That was a soft opening. This weekend will be the grand opening with HS Girls and senior men and women’s games throughout the day.

“We’ve got really good community support,” said Maz Zukowski, who is on the Madison United Rugby Board of Directors, and who has been instrumental in getting this clubhouse built.

He’s not the only one.

All have been involved in creating a rugby-centered facility that has had ripples through the wider community.

“One of my favorite things about what we’ve done here is that we were here [in Cottage Grove] first and the village has built around us,” said Zukowski. “We now have a giant new park in the town, there’s a baseball facility for handicapped kids. But we were the first people here and the environment we were able to create has been a mover for the area.”

A report from the local TV station says that Cottage Grove continues to grow with more residents, new hotels, new restaurants, and a business park being built.

As for the clubhouse, it is located between the two fields, and second-floor covered patios allow fans to watch games on either field. It sports four locker rooms with dedicated showers (so teams of different levels and genders can use the facilities at the same time), as well as a locker for the referees and a trainers’ room.

There is covered seating and easy access to the bar and restrooms for fans.

“It’s like a suite you’d get at a stadium,” said Zukowski.

The club examined rugby facilities around the country such as those in Des Moines, Iowa, Pittsburgh, Lemont, Ill., and Glendale, Colo.

They took ideas from those and came up with a series of plans based on their wants and needs, and costs. They settled on a plan that would cost around $1.5 million, and then went about raising donations from club alumni. BY 2016 they had pledges totaling $1 million.

“That lit a fire under my ass,” said Zukowski. “Then I had to get to work. I was confident that we were going to have a million dollars by 2020, so we went ahead with that plan.”

The Clubhouse Committee got together to go over plans and ideas, and they also had a vision—this was going to be for rugby in Wisconsin. They have fan seating and beautiful fields, but they didn’t want to get caught up in hosting big events or branching out into other sports.

Check this out. Tomorrow, after a soft opening this summer, the @WRC_Rugby officially unveils its new $1.5 million clubhouse. pic.twitter.com/Qfy4uIOAwx

“We wanted to sustain it for the continued camaraderie we experience in the sport,” said Zukowski. “It’s funded exclusively by former rugby players from Madison. We got into this to support the rugby community and the decisions we’ve made are tailored toward the rugby community.”

Zukowski said one day he’d like to host a Women’s Eagles game, but overall this is about the grassroots game. (The father of current women’s Eagle Gabby Cantorna, who now plays for the Exeter Chiefs in England, was one of the major supporters of this venue.)

With rugby having been in Madison for 59 years, there’s plenty of history, and while this clubhouse is for the future, there’s a nod to the past, as well. For years the Madison Rugby Club had at their previous field goalposts made out of telephone poles. They were enormous and quite recognizable. When this clubhouse was built, the bar was built from those poles, so every time someone bellies up, they will touch a piece of Wisconsin’s rugby history.