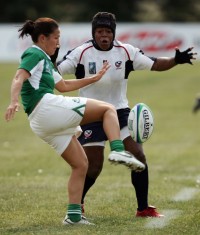 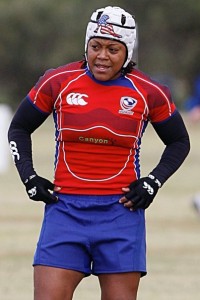 Phaidra Knight is a story that keeps taking new turns.

She broke into the USA team as a prop and was quickly seen as one of the best in the world at that position—powerful, mobile, athletic. She was so good as a prop that she was selected to the World XV to play New Zealand at that position. But over time, she moved from prop to loose forward, usually patrolling as a blindside flanker. She became among the best in the world there, while also performing at a high level as an international 7s player.

As she made that transition, Knight also helped propel the New York Rugby Club into one of the best clubs in the country, with multiple national club or WPL championships, and also helping the Northeast win national all-star titles in 15s and 7s.

Sometimes a loose cannon, never interested in taking a back step, and always evolving, Knight was named to the US and World Rugby Hall of Fame lists, and did that while also blazing a trail for African-American women rugby players that has helped the game grow and prosper.