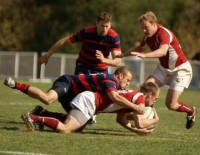 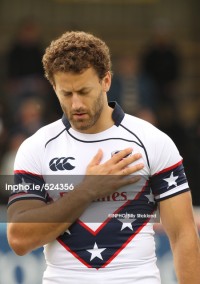 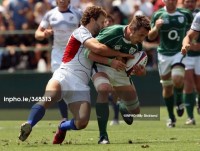 Kevin Swiryn attended Saint Mary's College of California planning to play football, but when the football program was halted, he found something better.

A seemingly laid back, easy-going type of person, Swiryn was also intensely competitive and those qualities combined to make him a player who wasn't really afraid of anything. Swiryn helped the Gaels take a big step toward national prominence and his athleticism, dynamic play, and leadership were a big part of Saint Mary’s almost toppling mighty Cal in 2008 in the national semifinal.

Strong in contact, quick, and embracing the Saint Mary’s ethos of attack from anywhere, Swiryn found a place with the USA 7s team. He eventually captained that squad and was part of the team that won its first ever World Series tournament, in 2010.

Swiryn’s form in 7s eventually saw him finally break through to the 15s team, where he was usually put on the wing, rather than his more natural position of outside center. Still he scored six tries in 13 caps. His 15s Eagle career didn’t quite take off as it should have, despite the fact he was a valued professional at Agen and domestically with the Seattle Saracens.

A captain for Saint Mary’s, the Collegiate All Americans, and the USA 7s team, as well as Atavus/Serevi, Washington Athletic Club, and Seattle, Swiryn was in many ways an old-school rugby star—just tell him when and where, and he’d show up, be great, and have a smile on his face.