The tournament will feature 27 games over one day with four pools each with four teams.

Vassar are the defending Tri-State 7s Champions, but that championship was last held in 2018 so team lineups are all different. However, Vassar goes into this tournament seeded #1 with a 6-0 7s record. Marist pushed Vassar, Montclair State has shown some good results, and Fairfield, Columbia, RPI, and Siena all have potential to make a splash.

Because of the number of teams there will not be a consolation bracket. So if you don't win your pool, your day is done. The pool winners will advance to the semifinals and then the winners of the SFs will play the final.

The finalists will advance to the American Collegiate Rugby Association Championship on Sunday May 1, 2022 at the United States Coast Guard Academy in New London, Conn. 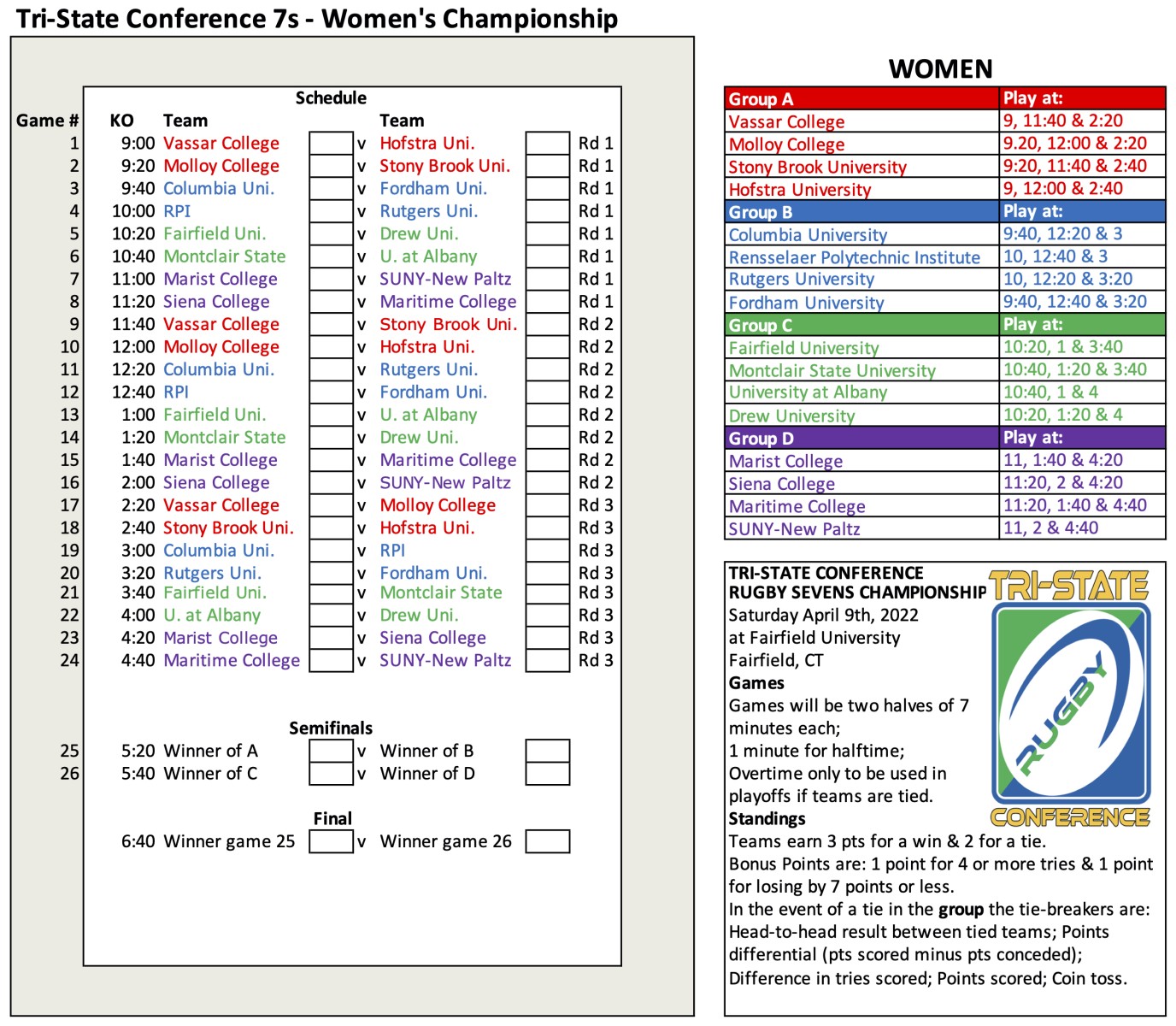