2014 College Teams of the Year

2014 College Teams of the Year

(Photos by Michael Gieb for St. Mary's above, Abel Barrientes for Cal below.)

ST. MARY's in 15s, CAL in 7s
St. Mary's took on all comers, more than any program, and won games. They were often smaller and less well-heeled than their opponents, and they kept coming back, kept winning. The Gaels started a trend that has been embraced in the winter/spring of 2015, with many top programs now loading up their schedules with tough opponents. It will make for a thrilling year.

But it all started with St. Mary's playing BYU twice, and then they also played Cal, Arizona, Arizona State, Cal Poly, Lindenwood, and finally, Life. They beat all of those teams (splitting the BYU series). No one else had such a run.

Meanwhile, Cal did everything asked of them in 7s. They won the CRC, winning an easy pool and then wading through Penn State, UCLA, and Kutztown to win it all. After that, they came back in the fall to get to the final of the West Coast 7s (where they lost a close one to UCLA), and then win the Battle in the Bay and the PAC 7s. They unleashed some impressive performances from Jake Anderson, Seamus Kelly, Russell Webb, and Andrew Battaglia, to name a few, and deserve to be considered the bet college 7s team in the country in 2014. 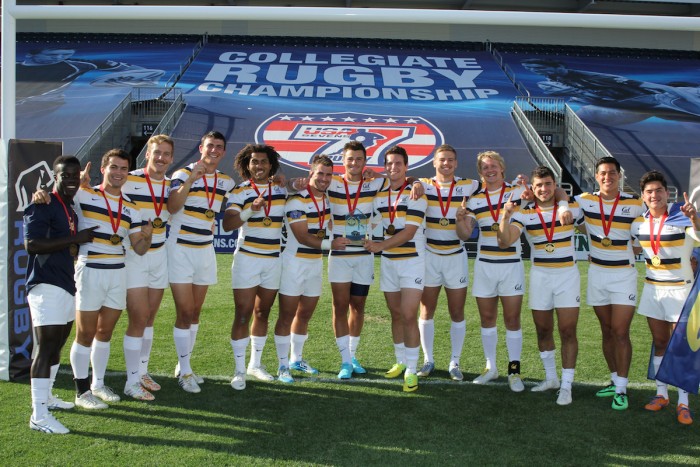